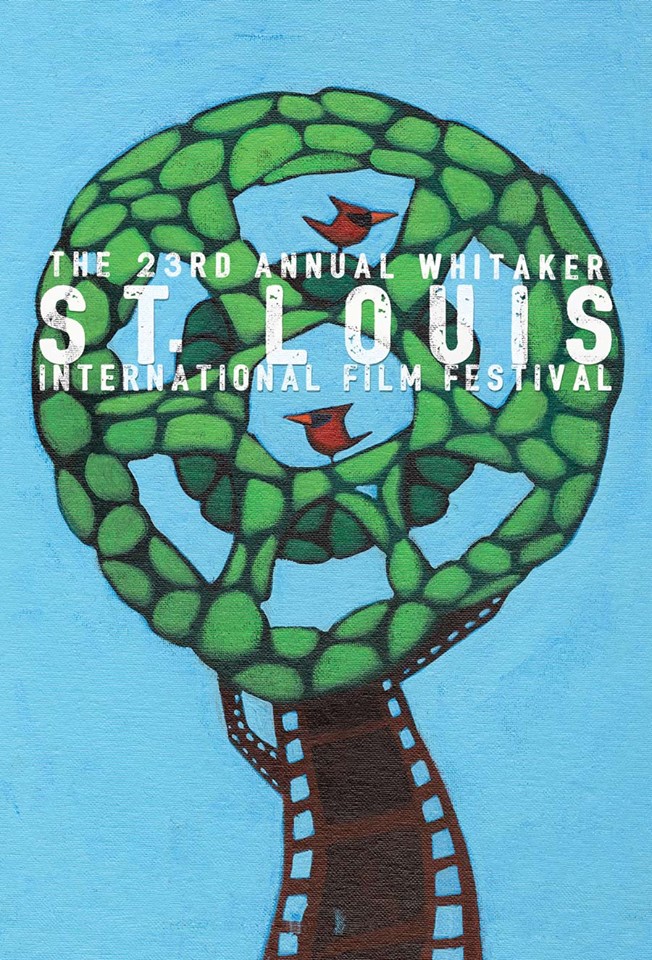 The St. Louis International Film Festival concluded this past Sunday and 8daysageek was happy to be part of the sold-out premiere of Four Color Eulogy.  8dag has been following our friends over at FCE since they were in the pre-production stage of the film.  I told you about their fundraising efforts at Wizard World St. Louis and followed their story into production when I was very graciously invited to the set during an evening of filming. 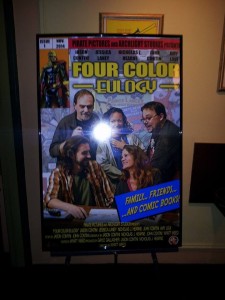 The culmination of all that hard work was Sunday night with the premiere of the film at SLIFF.  Cast, crew, family, and friends, packed in The Tivoli theater to watch the first public screening of the dramatic comedy directed by Wyatt Weed and starring numerous local actors including Jason and John Contini, Nicholas J. Hearne, Jessica Laney, and Amy Loui among others.

The film told the story of Chris, an aspiring comic book creator, as he and his girlfriend return home to St. Louis to aid in the care of his mother who has been diagnosed with ovarian cancer.  After returning home, Chris looks to finally tell the “story” of his life and seeks out answers regarding the father he never knew.  With help from his best friend Brian, his girlfriend Anne, and family friend Rich, Chris discovers the answers behind his clouded past and launches an endeavor to resurrect their favorite childhood comic book.  All of this must be accomplished while dealing with the possibility of losing the only parent he’s known.

Led by Jason Contini, who plays the role of Chris, the cast of this film did a superb job.  Nicholas J Hearne brought the perfect comedic relief to a story that could have potentially been very depressing.  Also, 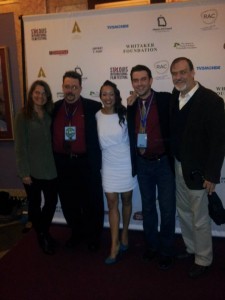 not only did local actress Taylor Pietz star as bartender Katie, she also did a fantastic job writing and performing the opening song for the film entitled, “Color Me”.   Finally, I’d like to praise John Contini and Amy Loui for their roles in the film.  In a movie filled with actors and actresses many years their junior, John and Amy did remarkable jobs in their roles as family friend, Rich, and Chris’ mother Carol respectively.

Before the screening, Director, Wyatt Weed explained to the audience that the film was still a work in progress and there would be sections of audio that needed to be tweaked before the film was finished.  This was indeed the case.  However, those few spots of audio took nothing away from what I believe was a great overall experience of the film.  I have to say…this film was beautifully shot.  Director, Wyatt Weed, Producer Gayle Gallagher, and the entire team at Pirate Pictures did an amazing job on a film that 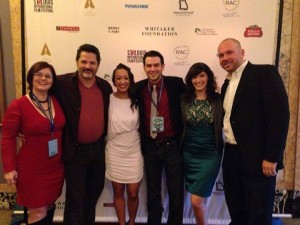 was made on a budget smaller than that of many indie films.  Hats should go off to the crew behind this film for the amazing job they did.

8daysageek has been proud to lend our time and effort to following the making of this film.  I was very happy to be able to enjoy the screening at the St. Louis International Film Festival alongside the cast and crew.  Please visit Four Color Eulogy’s website here and like their Facebook page here in order to find out when the film will be available on DVD, VOD,  or potentially shown in a local theater near you.  Best wishes to the cast and crew of Four Color Eulogy!  I hope to have many more opportunities to detail their work in the future.  Until next time…Allons-y!