Victor Fries is a 40 year old male that was referred due to his increasingly violent and aggressive behavior. The onset of this behavior began after a horrible accident, ten years ago, that left him unable to survive in temperatures above freezing. 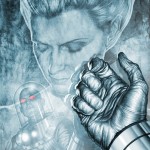 Victor was a prominent cryogenic scientist, and his accident, occurring during an experiment to save his terminally ill wife, has sent him on a path of criminality and frighteningly increasing abnormal behavior. His criminal behavior began when he started to commit crimes in order to finance his research to save his wife, Nora Fries.

Initially, he went after Ferris Boyle, a crooked, ruthless businessman who was responsible for Victor’s accident when he forcibly interrupted and halted an experiment that Victor was conducting on his wife Nora. Victor’s actions were seen as brutal, but understandable, within the context of his relationship with Ferris Boyle. Nonetheless, they were criminal and were indeed an abnormal reaction to a stressor. Of late, however, Victor’s behavior has increased in ferociousness and brutality, which suggests that his inability to have any contact with humanity, intimate or otherwise, has taken a toll on Victor. His affect over the years has become increasingly flat, and at present time, he is at his coldest (no pun intended). Despite this behavior, there has to be an underlying factor in Victor’s past that has caused him to react in such a way to his accident. 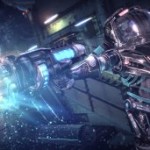 Prior to his cold affect, he still went after Boyle to exact his revenge. Upon initial assessment, Victor may possibly be suffering from PTSD due to his accident. He also shows features of Schizoid Personality Disorder, but this is not a viable diagnosis until further evaluation can be completed. In order to make any further diagnoses past initial assessment, further sessions are recommended that will delve deeper into Victor’s childhood, possibly uprooting something buried deep in his subconscious. Further evaluation will also allow Victor to come to terms with his accident and his new way of life. It could also be beneficial for Victor to discuss his emotions regarding the stressor of his terminally ill wife.

I’m a lifelong comic book fan. Comics pulled me in at an early age, with influences ranging from Chris Claremont’s historic X-Men run, Walt Simonson’s Thor run, Mike Zeck’s run on The Punisher limited series, Jim Lee’s X-Men, the early 90’s X-Men animated series, and the best cartoon ever made, Batman: The Animated Series. As a kid, these comics and cartoons gave me a new world to go to when the real world wasn’t so nice. Because of this, comic books will always have a special place in my heart. I love everything about comics, and still get the same feeling reading them today as I did when I was a kid. My major in college was psychology, so I love to incorporate that into comics.
View all posts by Steven Brewer →
Tagged  52, batman, comics, DC, DC Comics, Freeze, mr freeze, New 52.
Bookmark the permalink.