HAPPY FATHERS DAY! Woo hoo! Party! Tequila for all, shoot your guns and prostitutes for everyone over the age of 17. I hope you were all able to watch the Man of Steel. Maybe some Star Wars (so you can gather fatherly advise from daddy Vader) or Family Guy. But no matter how you slice it, today is Sunday and it is time to geekend review. 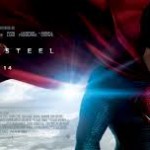 Man of Steel broke box office records for June. I saw it and it was definitely worth seeing. It had some questionable moments. I won’t say it was a bad movie, it was good (in my humble opinion), but there were a few things that made me question how well it represented the man of steel himself. Lois Lane had red hair and was a little too meek. The fight sequences were a tad bit too excessive. The last film in the franchise lacked what this film poured out in hour long sequences. But they gave us good characters on all fronts. No one under performed here. Jonathan Kent made us love him, even through flash backs. Russell Crowe was a brilliant Jor-El. Diane Lane was the best Martha to date. It was a good movie and well deserving of any praise it has received. 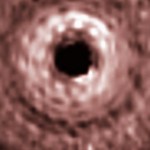 Apparently some new planetary body has been observed which defies all logic. It’s much too large to be orbiting the star it orbits and the star it orbits is too young to be baring babies that large. Does this mean God does exist? Or maybe Voldermort was right and muggles shouldn’t marry wizarding families? Who knows what it means. Likely we just need to look at it a bit more. It is over 75 million light years away. Too far away to start jumping to conclusions just yet. 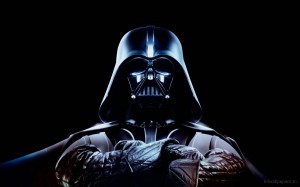 “You there boy, what day is it?” Why it’s Fathers Day you idiot. At least that’s how I remember Charles Dickens. The important thing to remember about Mr. Skywalker is that he IS in fact Luke’s father. Darth Vader may be in fact the most prominent father in geek culture. Not to say he is the best father, but he is the most prominent. Standing out above all others. He gave his life to bring balance to the force (and really to save his son). While Jengo Fett may have been a better father and equally if not worse of a person, he didn’t sacrifice himself in the end. He just wasn’t good enough to beat Samual L. Jackson (and who is really… aside from  Eddie Murphy and hybrid sharks).

With All that being said. Happy Fathers Day to all and to all a good night.

Writer/Artist for X amount of years. Recently worked with people from IGN on a comic and studied writing under Victor Gischler of Marvel Comics at RSU in Oklahoma more X amount of years ago. Follow me @WerewolfOrigin on twitter
View all posts by Eric bookout →
Tagged  Darth Vader, Fathers day, Geek News, Geekend Review, Man of steel, superman.
Bookmark the permalink.