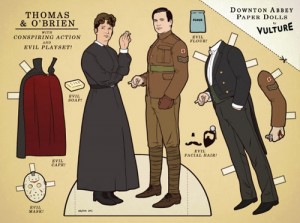 It’s Sunday January 13th 2013 and time for your Downton Abbey interactive experience. If you’ve been following this interactive program since the beginning then you already know about the intricate fictional back story that involves Mary on a mission from the future (she’s a BioMech capable of replicating any life form through nanotechnology that won’t be available until the year 2137. Through a BioMech overlord from the year 2200 she has been sent back to the year 1920 to consummate with the heir of Downton to produce a hybrid offspring that will lead a rebellion from his elevated status in early 20th century England).

Ok… I’ve just been informed we don’t actually offer a Downton Abbey multi screen interactive experience featuring a fictional sub story involving nanotechnology and biomechs from the future in a intricate plot to subvert a horror filled future world. I know, it’s sad. But we can still do the Geekened Review. 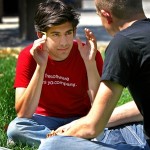 Co-Founder of the website Reddit, Aaron Swartz, was found dead in his apartment this weekend from an apparent suicide. Swartz co-authored RSS at the age of 14 and later went on to play a heavy role in the creation of the successful site Reddit. The details of his death are at this point a mystery. He was obviously a revolutionary in the world of on-line computing and technological advancements, having made such a large contribution to the world wide web at such a young age. What number of future projects are now left in the ether of “what might have been” we will never know. Thoughts to his family and friends. 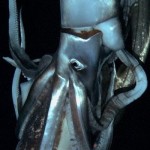 Great news in the world of monsters. Not so good as if we were to hear of evidence of Big Foot or of the real presence of Alien life beyond our own planet, but good stuff none the less. It has been caught on film and proven beyond all shadow of a doubt that the “Kraken” is real. A giant Squid has been filmed 2,000 feet below the Pacific Ocean’s surface. The footage will air on the Discovery channel later this month in a special that will prove what has been speculated or thousands of years, that in the depths of our vast sea “…there be monsters.” In the still shot taken from the footage to air later this month you can see the smooth and slightly iridescent skin surrounding what oddly looks like a human eye staring out beyond the folds of it’s ten arms and speared head. Nightmarish, indeed (or fascinating). 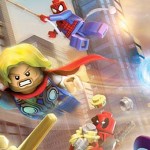 Traveler’s Tale and DC are both owned Warner Bros Entertainment. So a LEGO game featuring the cast of the Avengers or heroes from the MARVEL universe seemed unlikely. Which would be unfortunate if it were true. But Tt announced recently that their next venture into LEGO will be MARVEL HEROES. And can I just say, “How freakin’ AWESOME!”  LEGO Batman 2 got one of the best reviews I’ve ever given a game. The use of DC’s vast line up of heroes and the ability to play them made for some of the most pleasing experiences I’ve had in gaming, ever since I was a small boy growing up in the slums of Beverly Hills. Now, I expect fully to relive a similar experience with Thor, Iron Man, Spidey, the Hulk, and Deadpool. Life is good. Game is expected out some time this fall (2013).

This has been your Geekend Review for all or at least some of the best in geek news. As always feel free to report any news from the geek world you feel needs to be shared in our forum via email, or contact me directly on twitter @werewolforigin.  Until next time, may all your comics be live and all your games be wild.