Geeks on Sports previewer Tim Blacksmith here today to tell you all about Cycling – Track, do you want to spend hours watching people go around an oval track pedaling as fast as they can?  Then I have the sport for you! 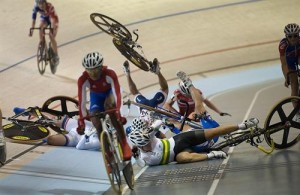 The track cycling events at the London Olympics will be held at the aptly named Velodrome, which strictly defined is: “an sports arena equipped with a banked track for cycling”.  As you can see from the images through the link the track cycling course is akin to a roller derby track here in the states.

Whenever I think about track cycling I am reminded of the 1979 classic Peter Yates film – Breaking Away.  In short it’s a movie about a cycling obsessed kid from a college town who winds up, after a few run-ins with jerky Italian professionals, racing with his “townie” friends in a mostly-college track cycling race.  Now, what they rode on could hardly be compared to the London Velodrome with its sleek design and modern look, but the essence is still the same.  The movie is worth checking out; it has a solid cast including Dennis Quaid and Daniel Stern. 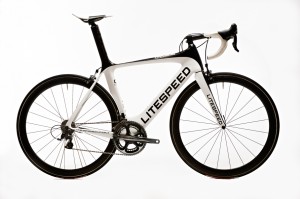 In these Olympic Games track cycling will consist of five different kinds of races each participated in by men’s and women’s teams.  The most interesting of these races is the Team Pursuit.  In this event the two teams start on opposite sides of the track from one another and the goal is to catch the other team.  Since it is a set distance of 4km (about 2 ½ miles for us Americans) there is also a component related to time.  If no team catches the other than the winner is determined based on the fastest overall time to complete the distance.

The idea of a race built entirely around the idea of working as hard as you can just to catch the other team sounds incredibly fun to me.  I will definitely be checking out this event.  For details on the other races, check out the Olympic event page.

I hope you have enjoyed this preview of the 2012 London Olympics Cycling Track event.  Continue to check 8DaysAGeekfor more previews of Olympic events.

This is Geeks on Sports previewer Tim Blacksmith signing off