I’ve been exploring instant watch in Netflix for two years now. We’ve logged hundred of hours in TV and movies. There have been good times and bad as we explored the queue. I can tell you right away, don’t add Troll 2 to your queue. Do add the documentary about how awful it is. Later on down the line I might divide this up to include some of the best or worst in each TV or movies. Tonight I’m gonna focus on a myriad of the best in all it has to offer. 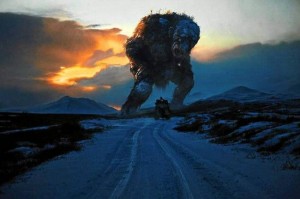 8.  Troll Hunter. Not to be confused with Troll 2. This is a found footage foreign movie about some Norwegian College kids out to make a documentary about Bear poaching. Instead they stumble across a man who hunts Trolls for the government. This movie is so brilliant. From the first moment the alleged “Bear poacher” yells “TROLL”, to the final confrontation with the rare 200 foot tall mountain troll. If you don’t mind subtitles or jumpy camera work this is what to watch. 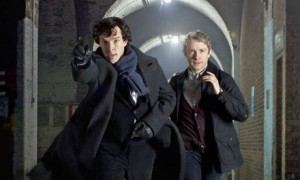 7. Sherlock. This BBC original is like HOUSE the way that HOUSE is like Sir Arthur Conan Doyle’s character Sherlock Holmes. It is set in modern day. The master of deduction young Sherlock and his blogging counter part, Watson, free lance as detectives for the UK police. We’re adapting our own modern day version of this series here in the states called Elementary which is set to premier this fall. Only three episodes to catch on Netflix instant watch, then you can run out and buy season two if you can’t wait for more.

6. Downton Abby. Segway into American TV, this Brittish-American television series is in the Guiness Book for being the most highly acclaimed English Language TV show of 2011. I didn’t want to like this show, it’s so… odd. Yet it’s subtle humor mixed with languid story telling seem to work in the atmosphere and cacophony of distractions that plague it’s main character, as she tries to find a way to keep her families estate During the early 1900’s. 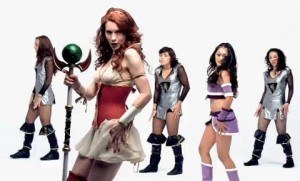 5. The Guild. If you don’t already know who Felicia Day is and don’t already watch this series online as it comes out then know about it now. You can catch up with all five available seasons. Since it airs in five to ten minute shorts on the web each season is compiled into one long strip. It follows Felicia Day and her Guild Mates from an MMORPG in their real world avatars. 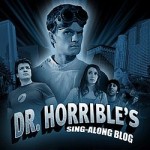 4. Dr Horrible’s Sing-a-long Blog. In the same spirit as number 5 on the list, here’s another web series that aired a while back. Brilliant, brilliant, brilliant. Starring NPH himself as Doctor Horrible. NPH attempts to unleash bad onto the world so he can get into the “League of Evil”. Thwarted often by Captain Hammer (Nathan Fillion) and longing after a secret love (Felicia Day) this treasure is set to brilliant little songs and amazing all the way through. 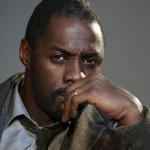 3. Luther. The BBC has put out so many good things in the past few years. It’s hard to deny them, and they’re so good about sharing to Netflix when other channels are not. This is about Detective Inspector John Luther, a disfunctional and brilliant man solving crimes and fighting with his personal life as it unravels. Think Law and Order with a touch of HOUSE, on crack (remember when people used to say that? It meant something was messed up). 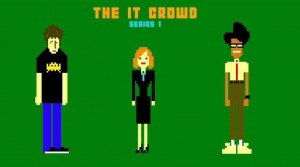 2. The IT Crowd. If you like, The Mighty Boosh or that quirky cop in Bridemaids then you’ll love this show. BBC is dominating the air waves tonight. As I look through my queue and history picking out the best, daintily skimming over the too obvious (Battlestar Galactica, Star Trek, LOST, Doctor Who, Firefly) all I keep coming across is BBC gems. This show follows Roy, Moss, and Jen in the IT department of a corporation and their nerdy quirks and ridiculous adventures. It’s over the top and very brittish and at times just so stupid it’s funny. But it is funny. Worth giving one of it’s short seasons a try. Or at least watch the one about the “Gay musical”. 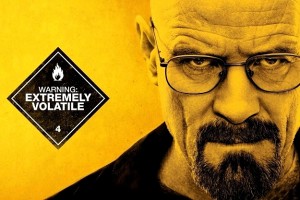 1. Breaking Bad. You may have already seen this show and it might be one of the too obvious, but it’s about to go into its final season and this is by far one of the top three greatest TV shows to have ever existed in the history of TV. Walter White played by Bryan Cranston is a cancer ridden chemical genius who decides to start making meth in order to raise money for his family before he dies from his disease. Jesse Pinkman played by Aaron Paul is the most believable character I have ever seen. His transition from tweeker to recovering drug addict, screwed up kid to  functioning adult man is so real it amazes me that Cranston gets all the attention at award time. Watch all you can then prepare for the final season airing on July 15th on AMC.

There’s a list. Honorable mentions, from AMC also and on Netflix, check out Mad Men and The Killing. Catch up on Eureka, its final season is airing now on SYFY. Louis an FX series about comedian Louis CK and Sons of Anarchy two of the best shows off air right now. First two seasons of SOA will have you staying up late to see what happens next. I also almost through in The People VS George Lucas a documentary about why we both love and hate former CEO of Lucas Films LTD and Star Wars creator George Lucas. Funny, yet correct and honest in a sad way. That’s all for now. Tune in next week, same bat time same bat channel or continue the discussion with me @werewolforigin on twitter. The End.

Writer/Artist for X amount of years. Recently worked with people from IGN on a comic and studied writing under Victor Gischler of Marvel Comics at RSU in Oklahoma more X amount of years ago. Follow me @WerewolfOrigin on twitter
View all posts by Eric bookout →
Tagged  bbc, Breaking Bad, Downton Abbey, Instant Watch, Luther, Netflix, netflix reviews, sherlock, the guild, The IT Crowd, Troll Hunter.
Bookmark the permalink.