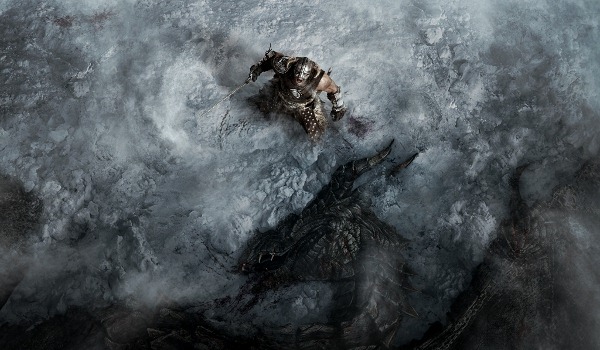 The latest patch for Skyrim is out and it really packs a vocal punch if you have a Kinect. If you don’t remember, a few weeks back a video was released outlining the new voice commands for the game, allowing quick equips and vocal menu navigation. The most exciting part of the development was the Real Life Fus Do Rahs!

That’s right, if you have a Kinect you can now shout your way through the game in either English or Dragon Speak (by holding down the right bumper). It is necessary to calibrate the audio on the Kinect if you haven’t already, or else the commands are very… glitchy. And, truth be told, after messing around with them for an hour, they are not perfect. They are, however, a ton of fun, and the Shout system is great. Instead of equipping the Shout desired, all you have to do is have it unlocked. As long as you have the meter available, and the commands memorized, it is almost unreal how natural it is to shout out your command while slashing and/or spell casting at the frelling Forsworn horde coming after you.

Aha! It is like the game was almost made with that development in mind. Here is a link to a PDF file outlining all of the key words you can use. CLICK ME. 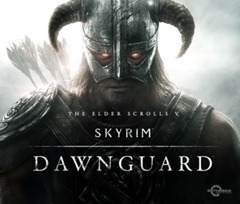 The DLC is called Dawnguard and timed, exclusively coming out on the Xbox 360  for the first thirty days with development for the PS3 and PC coming soon after. There are rumors it might involve snow elves (which are the ancestors of those pesky Falmers) and some different weapons, but the name sounds more like night time adventure. Bethesda has promised this DLC will be more like an expansion then a simple add-on.  Hopefully there will be some game fixes in the DLC, like the ability to drop some of the quest items that WILL NOT GO AWAY. Right, Bethesda? I’m tired of carrying around a 10 pound scroll and random quest journals, and I’m sure the other console gamers are too.

More will be said at June’s E3 convention.