I’ll admit it. When I first heard about a third Men in Black film being made, my first impression was that it was totally unnecessary. I mean, the first sequel was a hit, but it was released in 2002, 10 years ago. I don’t know about you, but I never heard anyone clamoring for a third film from this franchise. That being said, I went in to this film with low expectations. The film well surpassed my expectations. While it’s not a mind boggling great film, it is very entertaining. 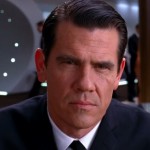 The film starts out quickly and maintains a great pace throughout. Being a writer, I can tell you just how difficult crafting a coherent time travel story can be. You really have to pay attention to the details and it can become difficult to not contradict yourself at certain parts of the story. MIB3 avoided this difficulty. It simplified the often complex time travel story and made it easily digestible. That is what really made the film great, that despite having a full story, you never felt like you were lost. The performances are on par with the actors in the film. Will Smith and Tommy Lee Jones are still great and still have awesome chemistry. Even Brolin and Smith have great chemistry as well. Josh Brolin’s portrayal of a young Agent K is just striking. I mean, he really becomes Tommy Lee Jones. You do get to see a bit of Alice Eve, and she’s hot, so that’s a plus. Emma Thompson also makes some brief but good appearances as Agent O. The film’s villain, Boris the Animal, is creepy and disgusting, and really makes himself a genuine villain. There’s just something about him that makes you feel a little uneasy when he’s on screen. 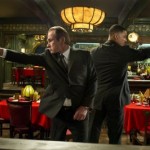 The film has a great mix of humor and action. The Andy Warhol appearance is great. The ending is what made the film for me. It is a great, emotional ending and they do a good job of keeping it from you throughout the film. Overall, MIB3 was well paced and humorous, had great casting and cast chemistry, and an easily accessible, full, entertaining story. Despite my reservations, I found this film to be a very welcome addition to the Men in Black franchise. 9/10

I’m a lifelong comic book fan. Comics pulled me in at an early age, with influences ranging from Chris Claremont’s historic X-Men run, Walt Simonson’s Thor run, Mike Zeck’s run on The Punisher limited series, Jim Lee’s X-Men, the early 90’s X-Men animated series, and the best cartoon ever made, Batman: The Animated Series. As a kid, these comics and cartoons gave me a new world to go to when the real world wasn’t so nice. Because of this, comic books will always have a special place in my heart. I love everything about comics, and still get the same feeling reading them today as I did when I was a kid. My major in college was psychology, so I love to incorporate that into comics.
View all posts by Steven Brewer →
Tagged  aliens, Men in black, MIB3, Movies, Will smith.
Bookmark the permalink.