With the relaunch of the DC universe coming and 52 number ones hitting the shelves I decided to do a list of the top 8 books I’m excited for. Make your list and tell me why, find all the relaunch books HERE

8. Blue Beetle – Jaime Reyes is a good character, he’s a legacy, he has a great design, and for DC’s sake he fits into two categories they have trouble with, Race and Youth. A young Latino hero is exactly what this company needed, and I’m happy they didn’t go back to Ted Kord when the relaunch was announced. 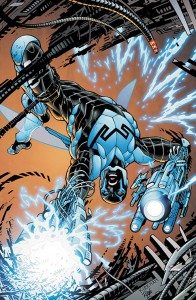 A Latino hero who doesn't rely on his race for story is rare.

7. Storm Watch – You may not know what Stormwatch is, it’s basically a Justice League that only handles Earth ending problems. Led by a gay Superman and Batman named Apollo and The Midnighter, let’s add these bad asses to the DCU with Martian Manhunter at their side and we have an amazing book. 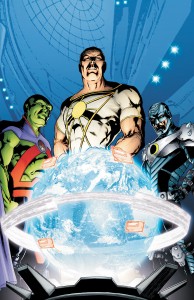 Those two on the right can get married now!

6. Suicide Squad – I’ve always liked Suicide Squad, it’s a great way to have an ensemble cast of villains and play with emotions, this is the first time the squad is so small, but I have faith that this will be amazing. 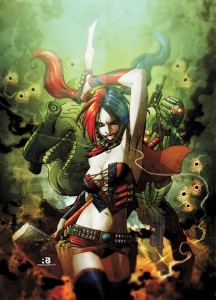 A gritty take on Harley Quinn, I more techno Deadshot, and what I assume will be a more comedic King Shark, should be good.

5. L.O.S.H relaunch – Legion of Super Heroes (or LOSH for short) is a great book showing the future of the DCU, and it’s taken DC a while to clean up the history into one linear story line. The accomplished this and I was worried at first that this book would mess it all up, but they are continuing the story of the new legion in our time and the future. Great Idea. 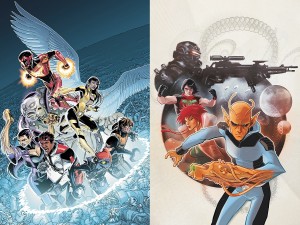 Some time contributor Jason J. Hughes would be proud.

4. DC Universe Presents – I love anthology books, a great way to play with a character without needing them to have their own title. I don’t really care about Deadman, but the second and third tier heroes this book can spotlight excites me! Guest writers and artist can jump in on this book as well making it one of the best Ideas DC has right now, hoping for a Lobo story in this bad boy. 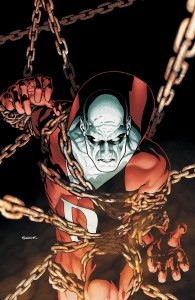 I could not care less about Deadman

3. Justice Leauge International – the original JLI was ground breaking, it took the notion of a hero team and gave it the Real World vibe. Putting people like the arrogant Guy Gardner along side the Stoic August General in Iron is perfect. I can’t wait to see Booster Gold hit on Vixen and see the rocky feelings of Ice and Rocket Red. This book is a MUST! 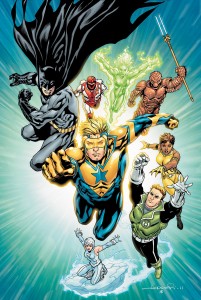 NONE of these attitudes mesh well.

2. Static Shock – Not only was Milestones Static one of the best comics I ever read, but Static Shock was one of my favorite cartoons. This book is doing something I hate by taking Static out of Dakota City and putting him in New York, but I trust these guys so we’ll see. I can’t wait to see Static cross over with Blue Beetle or the Teen Titans, I hope they use some of the characters developed in the show. 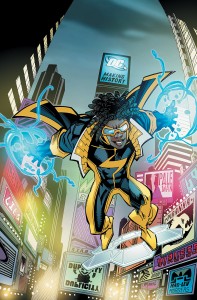 1. Green Lantern relaunches – Four books following the stories of the Corps is like a dream coming true. First up Green Lantern follows Hal Jordan after the events of Brightest Day which is going to stay in DC continuity. Green Lantern Corps follow my fave Guy Gardner alongside Jon Stewart and the alien Lanterns as they patrol the galaxy. Green Lantern: The New Guardians follows Kyle Rayner as the Green lantern chosen by the guardians to lead a team made up of members from the full spectrum of the Corps. Saint Walker the Blue Lantern, Bleez the Red Lantern( I would of went with Dex-Starr), Arkillo, the Yellow Lantern, I guess Star Sapphire, Munk of the Indigo Tribe, Glomulus, a construct of the Orange Lantern( No Larfleeze?) and of course the ex Ion Kyle Rayner. Red Lanterns follows Atrocitus and his Red Lanterns on what ever rage filled adventures come their way. I love all of these ideas, I would of really like to see the other Corps get a one shot or so describing some of the other members, but hey I’ll take what I can get.

That's a lot of green!

I'm one of the main contributors to 8 DAG and I take pride in my other job as Public/Staff relations. I'm a comics and movie junkie and I love to podcast. Follow me on Twitter @BrandoCop
View all posts by Brandon C. Williams →
Tagged  52, comics, DC reboot, Green Lantern, List, top 8.
Bookmark the permalink.