The Mac App store is here.

… Despite the birthday boy’s protest. (Sorry, Brandon. But try to have a Happy Birthday anyway!)

As of right now the apple site boasts that there is over 1,000 apps available in the store. How… unimpressive? Compared to the other App stores, of course. However, let’s consider that the little developers that have taken over the app store for the iPhone/iPod/iPad haven’t gotten to the Mac App store quite yet.

What is available in the app store, you may or may not ask or even be interested in? Games. A lot of games. Several mac ports from the Steam network (which is awesome, by the way) are available in the Mac App store, as well as some of the more popular staples like Angry Birds and Flight Control HD. Also available are some of the Apple softwares previously only available on a hard disc, like Aperture and the separate programs in the iWorks suite (Pages, Numbers, Keynotes).

For now, we’ll probably see a lot more games in this newest app store, since it seems to follow the formula of the other two app stores. The non-game programs will arrive soon enough, once retailers see that this app store is worth investing revenue in to.

For those of you with Apple computers, update your system and get the application to get to downloading! From free to paid, there’s a variety of games and a few resources to choose from. If you’re a writer or someone who writes, I would suggest investing in Pages as a good word document program. 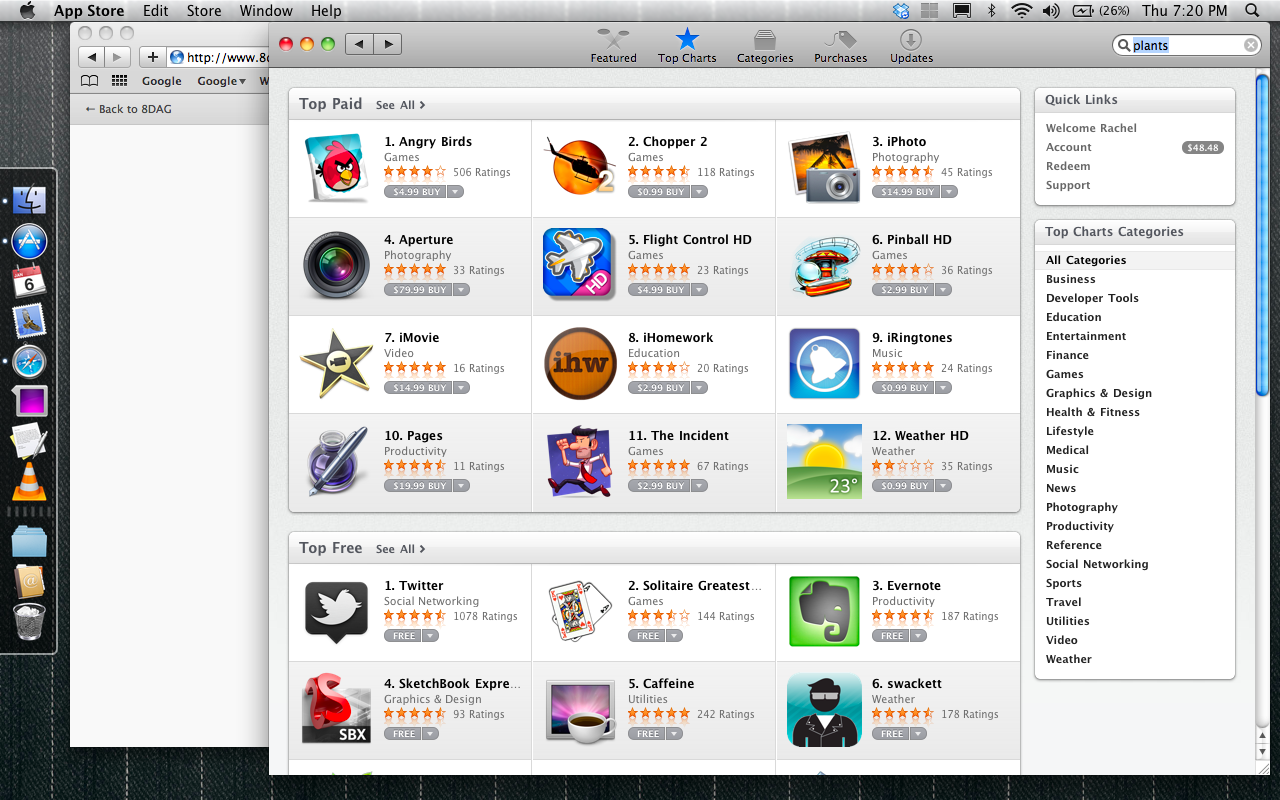