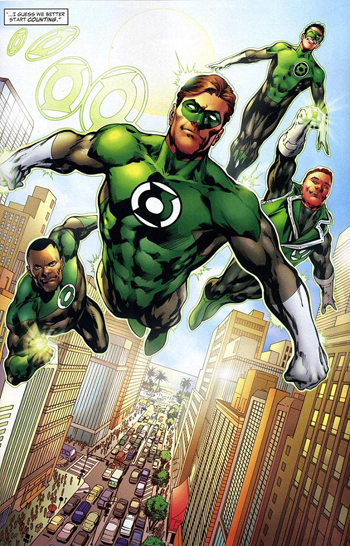 There are lot of Green Lanterns on Earth and I wanted to do a vote to see who is the favorite so please in the comments section vote for your favorite Green Lantern, here they are

Alan Scott – The First Green Lantern, he’s not even really a member of the Corps, he made his ring out of a piece of a meteor he found and it granted him all the powers of the Green Lantern except his power didn’t work on wood, making him the only Green Lantern who can’t shop at Lowes, for a while he used the codename Sentinel before switching back to Green Lantern, he now trains young superheroes while defending the Earth as part of the J.S.A 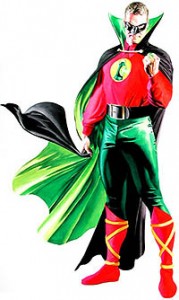 Hal Jordan – The first member of the corps for Earth Hal was given his ring by a dying Alien named Abin Sur, he was trained by the greatest of Lanterns Sinestro who later turned evil, and then turned evil himself, he became Parallax, being possessed by the evil which fueled Sinestro’s powers, he later gave his life to reignite the sun and save Earth after which he became God’s vengeance, The Spectre, he is now resurrected and still serving as a Lantern. 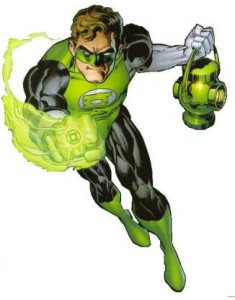 Guy Gardner – The next Lantern to “fling the ring” is hot-headed douche-bag, Guy Gardner. Gardner was actually supposed to get the ring from Abin Sur but since Jordan was closer he got it instead, Gardner has faced the biggest threats in the universe with a smirk and a smart ass remark, after losing his ring he wielded Sinestro’s yellow ring for a short time and even had super alien powers for a short time as Warrior, Gardner now protects the Earth and trains new recruits for the Green Lanterns 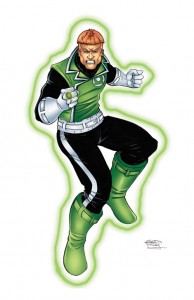 John Stewart – not the Jewish Comedian on Comedy Central, John Stewart is the most militaristic of the Earth Lanterns, Stewart led the Darkstars during Parallax’s reign and even became the first mortal Guardian, most famous from the Justice League cartoon, Stewart now serves as  member of the Justice League and as the Corps Sniper. 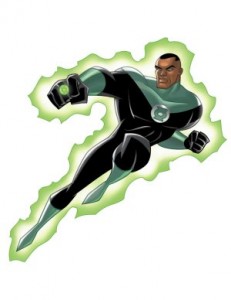 Kyle Rayner – The 90’s Lantern youngest and most carefree of all the Lanterns Kyle was an artist before he became a Lantern, being the first Lantern to overcome the rings weakness to yellow and fear, the Guardians have said he is the most powerful Lantern in existence and for a time he was possessed by the power source for the Lanterns and became Ion, he too was possessed by Parallax but his shear determination and will broke him free of the possession, Kyle now pals around with Guy in his adventures. 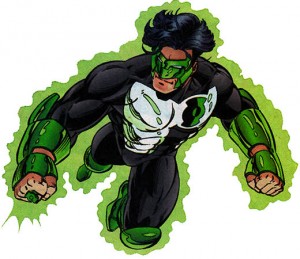 I'm one of the main contributors to 8 DAG and I take pride in my other job as Public/Staff relations. I'm a comics and movie junkie and I love to podcast. Follow me on Twitter @BrandoCop
View all posts by Brandon C. Williams →
Tagged  Green Lantern, last one standing, vote.
Bookmark the permalink.