MOVE: The official name of the Sony Marital Aid 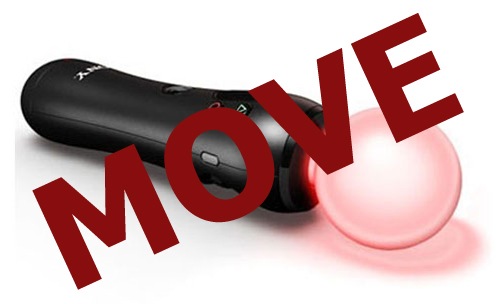 Ah. I went from calling it a sex-like object to a marital aid in such a short time…

The Playstation Motion Controller’s official name is Move. Sony announced it around 4 pm (PST) at the GDC.

Now, you must move around to use it. First Nintendo goes the route of “Wii” instead of Revolution, and now Sony uses “Move” instead of “Arc.” Whatever. We now have an official name.

So far: It will be bundled with the PS3, and it will be sold in a $100 (or less) starter kit that comes with a game, controller and PS Eye.