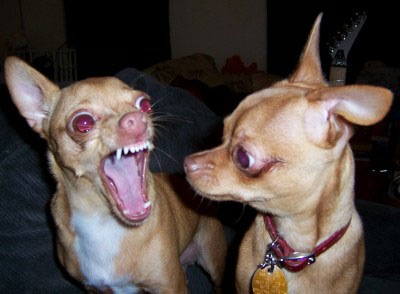 Peter Molyneux, the brain behind Fable, is going to say things that might make you angry at Microsoft X10, on Thursday, February 11.

“There’s some very, very big things happening in Fable III, and it’s really going to upset people. I’m really scared when I go out and tell people what it is [that] they’re going to get super pissed off. They really are.”

Rumors are flying around the Internet Tubes that the anger-inducing statement might involve Project Creepy (aka Project Natal). I know this makes me angry. Just thinking about Project Creepy makes my tiny hands ball up into fists. Having just played and finishing Fable II for the first time a few days ago, and realizing how important the expressions are, this rumor seems true to me.

And if it is, I won’t be playing Fable III.