Australia says no to Aliens vs. Predator 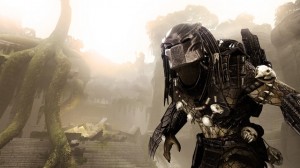 The Classification Operations Board of Australia refused to give Sega’s “Aliens vs. Predator” a rating, effectively banning a release of the game (for now). Sega Australia is looking into other options.  Much like L4D2, the violence is the culprit and main factor in the Board’s decision.

“The game contains first-person perspective, close-up depictions of human characters being subjected to various types of violence, including explicit decapitation and dismemberment as well as locational damage such as stabbing through the chest, mouth, throat, or eyes,” the board report stated.

“Characters can be stabbed with a Predator’s wrist blade or an Alien’s tail in depictions reminiscent of impalement. The Predator collects ‘trophies’ by explicitly ripping off human heads, their spinal columns dangling from severed necks. Heads can be twisted completely around in order to break a character’s neck. Eyes can be stabbed through or gouged, leaving empty, bloodied eye sockets.

“It is noted that a player is able to combine manoeuvres together in quick succession, which further increases impact; for example, a Predator can stab a character through both eyes with its wrist blade and rip off their head, with spinal column still attached. Extensive post-mortem damage, including decapitation and dismemberment, is also possible.”