WARNING: This comic is rated R for mature audiences only. 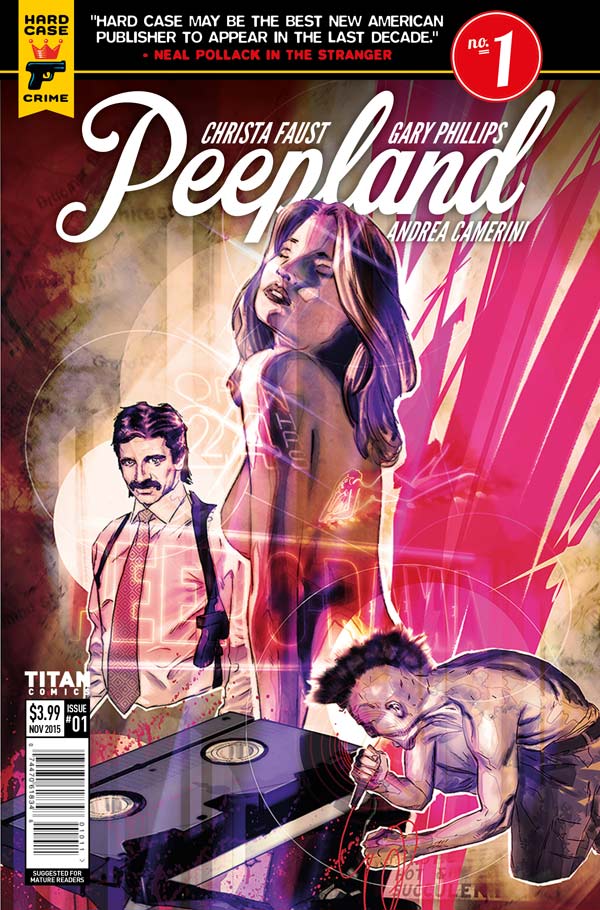 New York 1986. A sleazy Peepshow parlor. Our main character, Roxy, is filling in a new client on the price rate for the services offered. We cut to a man, “Dirty” Dick Durbin, the town pervert, being chased by 2 gentlemen. His only escape is to duck into the parlor. He ends up in Roxy’s booth, still dirty from the last client. He hides something and then leaves again. Roxy, curious, looks an sees it is a video tape. Dick’s pursuers catch up to him and he meets the business end of a subway train. The cops question Roxy, but she tells them she didn’t se anything. Now she has the cops on her tail and a tape she must watch. What could be so bad on it that someone would get killed over it? 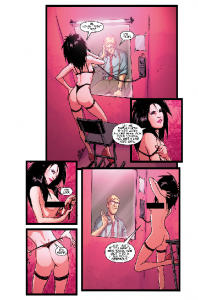 The story is gritty and captivating. Faust and Philips did a wonderful job. In a way, it reminded me of Sin City. The main character comes off as someone with street smarts and a good mind. The interactions between her and the other characters are well written with a believable dynamic between them. The only complaint I have is the story is a bit confusing as there isn’t much background given for the characters, but I have faith that will be cleared up in the issues to come. I would like to know more about Roxy and the resident sleazebag Dirty Dick. I’m also curious about the detectives and Roxy’s ex Nick. I look forward to learning more about these characters and seeing their interactions with one another. 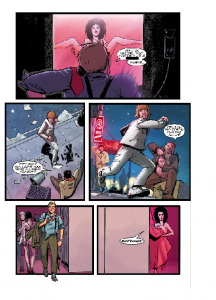 The art is splendid as well. Andrea Camerini did a fantastic job capturing the punk look that was so prevalent in the 80’s. It’s very colorful and vibrant. The details in each of the panels is superb. She really captured the griminess of the peepshow booths and the underbelly of the city in the red light district. The main character, Roxy, is gorgeous. And Dirty Dick is perfectly drawn. I mean, the guy just looks the part of a nasty scumbag. I wouldn’t want to shake hands with him. Overall, the art was very pleasing to the eye for the story it was conveying.

My rating for this one will be a lifetime supply of germ-x and Lysol wipes. I look forward to seeing what happens next.