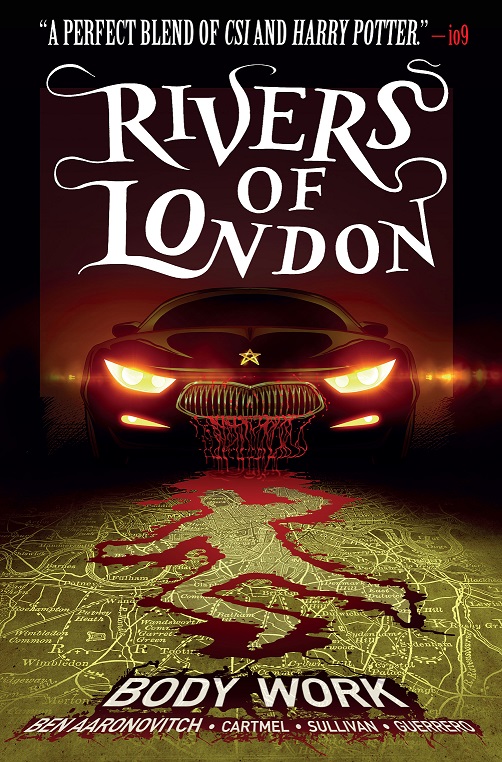 A man seat belted in his BMW, water rushing in, his face screaming out in fear. The water rising until the vehicle is completely submerged. His eyes widen as the bubbles issuing forth from his nose and mouth become fewer until there is no longer any movement. A woman’s face is reflected on the windshield.

“They say life is something that happens while you’re making plans. Unfortunately, so is death.” 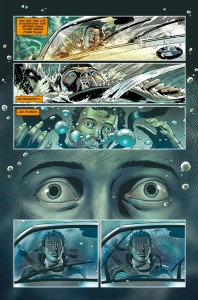 The vehicle is lifted from the river, and two detectives, Miriam Stephanopoulos and Sahra Guleed, with the Metropolitan Police’s Major Investigation Team, are on the scene. As they contemplate the circumstances of the accident, our protagonist, Peter Grant shows up, much to the displeasure of the other two. Also with the Metropolitan Police, he is in a special unit that deals with magic and the supernatural, which the rest of the department refers to as “falcon.” As he looks over the vehicle he discovers “vestigia,” which is the trace left behind by magic. But how did it get there and who did it? Follow along with the investigation as Peter tries to discover if the man was murdered or if this was just an unfortunate accident.

The story is well written and I could see it being made into a TV series on a channel like SyFy. Ben Aaronovitch and Andrew Cartmel created characters that are very diverse, which I find refreshing. It is not something you see very often in comics. The pacing of the story, at times, becomes a little hurried, but overall it’s well timed. I never drifted off and was always interested in what was happening. I also appreciated the subtle sarcasm that Peter exudes at times. 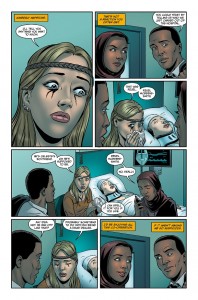 I also really liked the art. Lee Sullivan’s work was very reminiscent of comics from the 60’s and 70’s, which thrilled me immensely. The colors Luis Guerrero used are dark , yet vivid and the lines are sharp and clear.

There is quite a bit of detail that’s worked in as well. I am particularly fond of the cover art as it reminded me of one of my favorite Stephen King novels, Christine.

I found this to be an exciting read and I am looking forward to the next one. I am anxious to see what sort of supernatural existence is running amok in that one.