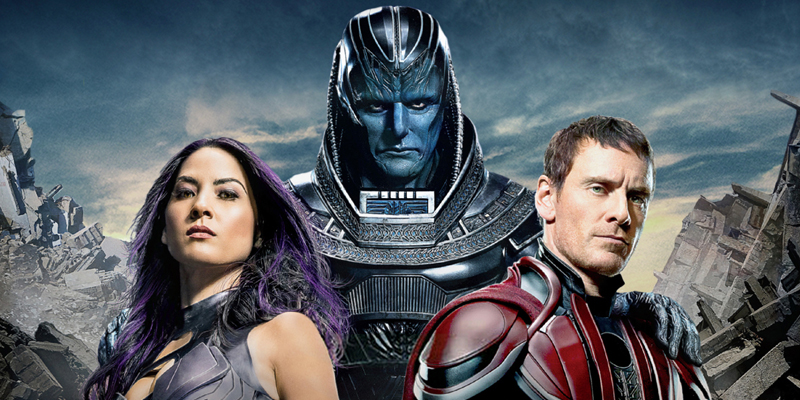 There’s been something of an overload of geekiness in the film world these past few months/years. Avengers brought geek culture to the forefront in ways it hadn’t since Star Wars. Subculture was now mainstream. Before Iron Man, Thor, Captain America and the Avengers movies comic book heroes were something nerds fawned over whilst planning their next D&D mission. Now they’re mainstream and everyone sees their movies.

The X-Men franchise had rather humble beginnings. With a few known commodities – Ian McKellan and Halle Berry most notably – the cast was primarily either barely known’s or popular for other subculture roles. Patrick Stewart is an outlier because he’s classically trained but still best known for his role in Star Trek before anything else. Characters in the movies like Hugh Jackman and Anna Pacquin have gone on to be pretty big stars but they weren’t in 2000 when the original X-Men movie was released.

Sixteen years and seven movies later we arrive at the story so many fans have been waiting for…though it does not seem to be the exact story I was hoping it would be. Granted my hope that they would take the Age of Apocalypse storyline from the 90s and make a movie out of it seemed far-fetched, a boy can dream.

However, that being said, Apocalypse finally makes his major motion picture debut. After fighting Magneto over and over and over (like…the X-Men have been running around since the 60s in comics and you’re telling me none of their other villains made the cut? No Sinister? That guy is AWESOME!).

Apocalypse (Oscar Isaac) is also known by his ancient name: En Sabah Nur and he is the original mutant with powers beyond imagination. He is a living god with the power to alter the abilities of other mutants. He can change size and shape. He can basically do anything…at least in the comics. I am intrigued about how they will take his character in this film.

They are maintaining the Four Horeseman aspect which is vital and good to see. Magneto, never to miss an opportunity to have Michael Fassbender on the screen, has apparently teamed up with the Horseman though it is unclear as to whether he is one of them. We get our first look at the young Jean Grey and Scott Summers who had previously been omitted from X-Men First Class.

The preview also promises to connect the James McAvoy Professor X character portrayal with that of Patrick Stewart’s more classic view as an older and balder Charles Xavier.

Apocalypse is a character I wouldn’t trust to anyone besides Bryan Singer – there is too many ways to take the cheap and easy way out that would be taken by so many other creators; Singer, I am confident, will keep as true as possible to the source material and not overdo a character who is already over-the-top.

I am very excited for the expansion of the X-Men universe to finally involve characters like Jubilation Lee who has never gotten any play in the movies even though she was a major character in the mainstream cartoon and comics for years.

There’s sure to be a lot more to come on this film before its release in 2016 and 8 Days a Geek will be here to spin the theories!