Saturday was the Season 8 Doctor Who finale. It wrapped up the 12th Doctor, Peter Capaldi’s, first full season in the legendary role. I have to say I wasn’t exactly on the Capaldi band wagon at first. Matt Smith was good but I still loved Tennent for these new installments of Doctor Who, yet something about Capaldi at first felt like he was “trying” to be the Doctor more than “just” being the Doctor. By the end of season 8 though, he “is” the Doctor. Which is great. 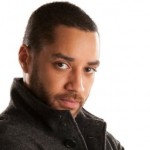 The 2-part finale was ok. If I were to break it down in parts I would say part 1 was the best episode of the season. Missy is revealed to be the Master, a recurring nemesis from Doctor Who of old. We all missed the Master and his departure during the Tennent days seemed so final. We still don’t know how or why he is back, but Michelle Gomez is a fine addition to this new cast of creatures and companions.

Prior to the finale we had been getting glimpses of the quote-unquote afterlife, with Missy. Just before they dove into the finale, Mr. Pink, Claira’s boyfriend, died and went to the nethersphere (I think there is one of those in minecraft). And so begins the finale. 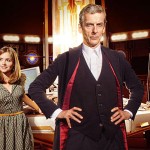 Part 1 was brilliant. It had all the flavor and teasing and nostalgic reference you could want. The idea of the afterlife seemed kind of dumb, but then it is revealed to be a falsehood created by the Missy-Master and Cybermen and then it’s CRAZY. Except part 2 followed part 1 as you might expect. Like all sequels, it didn’t really add anything of value. The plot got more complicated and less clear. Missy seemed to have no real purpose and even some of her actions came across as half-thought-out. Why did she give the Doctor a Cyber-Army? 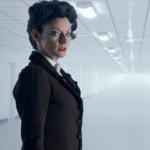 The idea of the Cybermen taking over the dead is decent. We know Cybermen convert humans into Cybermen. Why do they harvest the mind? It has also become a theme with Moffat that love and hugs save the day. If Clara is about to be killed by a Cyberman, have the undying love from Mr. Pink overcome his Cyberbody and save her. Have the Brigadier overcome death with love to save his daughter. Last season Craig overcame a cyber body through love. Love’s great and all, but you can’t Carebear Stare all of life’s problems away. 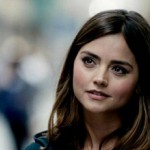 Season 8 was a pretty good run for the show and really helped cement Capaldi and really developed Clara’s character by showcasing her life with Mr. Pink. The finale didn’t do anything to allay our feelings about the rumors that Jenna Coleman is leaving the show after the Christmas Special. At the end of the episode Mr. Pink stays dead and Clara stays quiet on the matter and there is this quality about the moment that feels like she is saying goodbye. That’s too bad because Jenna Coleman has been a great companion for two seasons.

The episode was ok. I still love Doctor Who and I can’t wait for Christmas and then some Season 9, but as far as finales go it seemed sort of patched together. One thing I would like to see is a cliff hanger where everything isn’t resolved. It’s a little less traditional than what you get from Who, but occasionally I want the day to still be in jeopardy.

Writer/Artist for X amount of years. Recently worked with people from IGN on a comic and studied writing under Victor Gischler of Marvel Comics at RSU in Oklahoma more X amount of years ago. Follow me @WerewolfOrigin on twitter
View all posts by Eric bookout →
Tagged  bbc, cybermen, Doctor Who, doctor who finale, doctor who season 8, Peter Capaldi, season finale, Steven Moffat, tv review.
Bookmark the permalink.