Film Icon Bob Hoskins passed away today at the age of 71. A spokes person released a statement from his family saying that he had died in a hospital today having been admitted for pneumonia. 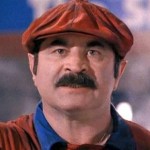 Hoskins played several iconic roles throughout his career. As Mario Mario in the live adaptation of Mario Bros he played alongside John Leguizamo and Dennis Hopper to bring the plumber to reality. The film is despised of course, it was a horrible idea. But no matter how you slice it there have only been two people on the planet to present us with what a real Mario may look like. Captain Lou Albino is also deceased but I won’t say I enjoy his portrayal any better. Hoskins also played Smee in Hook across from Dustin Hoffman, Robin Williams, and Julia Roberts (So he had nerd cred). 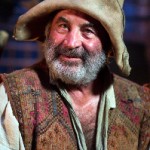 He played numerous roles through out his career and was in several blockbuster films. He will probably be best remembered (at least by me) for his role as Eddie Valiant in the movie Who Framed Roger Rabbit. It was a brilliant and ground breaking piece of film at it’s time and at 8-years-old I fought and begged my way into seeing it 3 times.

71 very old enough to see him go. Born in England in October of ’42 and retired from acting  since 2012 Hoskins had a powerful career with over a hundred credits to his name. Hoskins was nominated for an Academy Award for Mona Lisa in 1986 and he played his last role as Muir in Snow White and the Huntsmen.