Let me just start off with this. This is NOT a best of 2013 countdown, nor is it a top ten list. This is an article that discusses my favorite albums of 2013. You see, I believe music to be very personal. What one would deem a masterpiece is simply just another decent album for another.  Some of these albums you may not be feeling, some of them you may be in agreement to their brilliance. So if you don’t see a great album discussed that I may have missed, feel free to leave a comment. I always enjoy hearing new stuff! 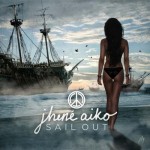 I was completely ignorant to this first artist, until the Badbeat MMA Featherweight Champion Chris “Urban Legend” Culley (Thanks fam!) brought her, and this album, to my attention. Who am I to say no to an MMA champ? The album is fantastic. Every track is catchy. Aiko’s style is so different and fresh. This is definitely an album that I can listen to while I write, it just gets the creative juices flowing. It’s relaxing and thought provoking, and I’m not even high (I swear). There’s an exotic feel to this entire album, and Jhene’s voice is so smooth. Definitely can’t wait to see what she comes out with in the future. Guest spots include Childish Gambino and Kendrick Lamar.

These guys have always been a staple in my punk diet. While their may have been some low points in their discography, they always 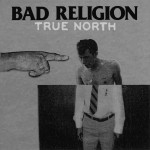 remain consistent, and True North does not disappoint. In fact, this may be their strongest album in a long time. Graffin is as strong as ever vocally and lyrically, remaining poignant and powerful. The first single released, “F**k You,” basically tells you how bad ass this album is. This whole album pretty much punches you in the teeth. Some tracks are stronger than others, but overall it is a great, well rounded addition to their enduring legacy.

Stand out tracks: True North, Past is Dead, Robin Hood in Reverse, F**k You,  In Their Hearts is Right, Dept. of False Hope, Nothing to Dismay 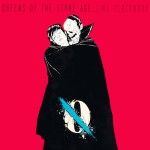 This album absolutely floored me when I first listened to it. I have no qualms in calling this record the album of the year. I always knew Queens were talented and unique, but this just floored me. I just can’t say enough about this album. Each track is brilliant, no skip overs on this one. I’m going to use the term a lot in this article, but this is the most well rounded album released in 2013. The entire album is hauntingly beautiful. Do yourselves a favor and pick this album up. Queens of the Stone Age have released a masterpiece, and for that, I thank them.

Those of you that know me, know of my undying love for this band. They are my favorite band ever, and I have been a huge fan (shout 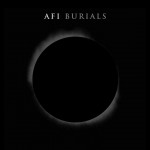 out to the DF!) since the All Hallow’s EP. They will always have my support. That being said, Crash Love (released in 2009) wasn’t really my favorite thing to listen to. Burials, however, totally makes up for that. This album has a very Gothic feel to it, and hearkens back to the Art of Drowning, Sing the Sorrow era. It still feels very knew, and as you know, AFI always sounds different with every release. The tracks “Wild” and “Rewind” are brilliant, with the boys perfectly blending different genres to produce “Wild” and using straight up driving rock on “Rewind.” Davey’s vocals are strong, and he sings with a rawness that we have not heard before. Jade’s work on the guitar is once again intricate and complex, something I feel he got away from with Crash Love. Hunter has once again produced that driving bass that we know and love, and Adam is still a force on the drums. This is definitely a great album, and you can’t go wrong by picking it up.

Stand out tracks: Rewind, Wild, The Conductor, Greater Than 84

5. Alkaline Trio – My Shame is True 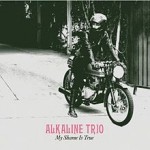 In my opinion, this album just missed being album of the year. If it weren’t for the Queens release, it would have gotten the nod. Their last few albums were hit and miss for me, but this new release is great. Alkaline Trio has always had a unique blend of fast paced, driving songs and slower, emotional tracks, and My Shame is True is a return to form for these guys. Dan and Matt trade on vocals a bit more for this record, and Dan’s vocals are always welcome. Tim from Rise Against makes a guest appearance on the track “I, Pessimist”, and it is one of the strongest tracks on the album. “The Torture Doctor” is the one of the best Trio songs I’ve heard for a long time. I’ve always liked Matt Skiba’s lyrics, and this album seems to be very personal. This is another can’t miss album of 2013.

Stand out tracks: The Torture Doctor, The Temptation of St. Anthony, She Lied to the FBI, I, Pessimist, Kiss You to Death Tonight, Midnight Blue, One Last Dance, Until Death Do Us Part

6. Chvrches – The Bones of What You Believe

I was just recently turned on to this group, and I am grateful for being introduced. I picked up their Recover EP was pleasantly 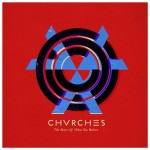 surprised, so I was very excited to pick up their full length offering. The Bones of What You Believe does not disappoint. It’s catchy synth at its finest. This is another album on my list that I can play through without skipping a track. Absolutely love the lyrics, vocals, and production. “The Mother We Share,” “We Sink,” and “Recover” are some of the catchiest songs I’ve heard in a long time and you will definitely have trouble getting them out of your head. 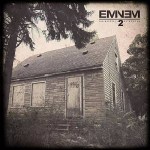 This was a return to form for Eminem. I loved his first few albums, but when he began using entire albums to attack pop stars and Kim, that’s when I kicked rocks. So when I was urged to pick this new release up, I was skeptical. It is surprisingly great, and I feel as though this is the closest we have gotten to early Eminem for years. Say what you will of Eminem and his impact on Hip Hop, but the man can spit, and his ability is rivaled by very few. This album really showcases his talent as a lyricist. There are some weak tracks on this album, but they are few and definitely not enough to justify avoiding this album. The opening track, “Bad Guy,” is a strong opener and really shows that Eminem is giving us an album that is devoid of some of the mindless tracks of the past. There are also some pretty strong beats on this album as well.

Trent Reznor is genius. Plain and simple. This new NIN album is one of the best of my favorites, and it’s another album that I can play

from start to finish and not skip a track. This album presents us with Trent trying new stuff. New vocals and new beats, yet still retaining that classic NIN feel. You can definitely hear the influence of Trent’s side projects in this latest offering, and that isn’t a bad thing. It really is great to see Reznor still being creative and putting out great stuff after so many years in the industry.

Stand out tracks: Came Back Haunted, Copy of A, All Time Low, Disappointed, Satellite, In Two 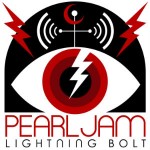 Eddie Vedder has always been a favorite of mine, his vocals and lyrics go so well together, and you can really feel the emotion in his voice. Lightning Bolt is one of the well rounded albums that made my favorites list for 2013. It is just a flat out great record. The guitar on “Mind Your Manners,” “My Father’s Son,” and “Yellow Moon” are excellent, and lyrically, Vedder is thought provoking and emotional. “Sirens” is a personal stand out track for me, and no matter how much I fight it, gives me the feels (Despite popular belief, I am capable of feelings). Another great album in 2013 that should not be  passed up!

Speaking of emotional vocals and lyrics, this next album is full of them. This is the best album Stone Sour has ever put out, and the 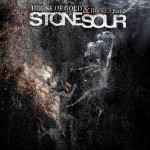 strongest lyrical and vocal performance that I’ve ever heard from Corey Taylor. I think Taylor has one of the best voices in rock today, and he puts it on full display on this record. The entire band is musically strong, and it seems they have all hit their stride on this album. This is a product of each and every person in the band being at the top of their game. Taylor’s lyrics and vocals evoke so much emotion, and they are equally matched musically. This is one of the strongest rock releases of 2013.

Stand out tracks: Black John, Do Me a Favor, Sadist, Peckinpah, Stalemate, Gravesend, ’82, The Conflagration, The House of Gold and Bones 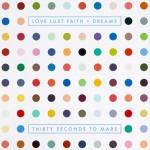 I have to say, it was great to hear from these guys again. I wasn’t quite fond of their last album, as I felt it fell short of expectations. This album was a welcome surprise, and it turns out to be one of the better albums on my favorites list. The opening track, “Birth,” is a very epic sounding song, and sets the tone for the record. “Conquistador” is ridiculously good, and “End of Days” really gives you a great example of Jared Leto’s great vocals. This album has helped Thirty Seconds to Mars carve a unique niche for themselves, and has set them apart from most of the music out right now.

I’ve expressed my love for Tony Sly’s music and writing, so when he passed away, I was saddened. I’ve always felt a connection with his 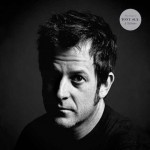 lyrics, at times feeling as though his songs mirrored my own thoughts, feelings, opinions, and perspectives. There is no doubt he has had an impact on my writing, and has gotten me through a lot of rough times. It truly is a testament to his talent that he can have such a profound impact on people’s lives through his music. This is an excellent tribute album, and it really shows just how many people Tony Sly impacted in his life. Great bands including Rise Against, Bad Religion, Anti-Flag, The Bouncing Souls, Frank Turner, Lagwagon, Joey Cape, and Gaslight Anthem all contribute to this gem. Pick this album up, and never forget Tony Sly.

I’m a lifelong comic book fan. Comics pulled me in at an early age, with influences ranging from Chris Claremont’s historic X-Men run, Walt Simonson’s Thor run, Mike Zeck’s run on The Punisher limited series, Jim Lee’s X-Men, the early 90’s X-Men animated series, and the best cartoon ever made, Batman: The Animated Series. As a kid, these comics and cartoons gave me a new world to go to when the real world wasn’t so nice. Because of this, comic books will always have a special place in my heart. I love everything about comics, and still get the same feeling reading them today as I did when I was a kid. My major in college was psychology, so I love to incorporate that into comics.
View all posts by Steven Brewer →
Tagged  2013, 2014, best, best of, favorites, Music, New Year, new years, new years eve.
Bookmark the permalink.