Man of Steel the novelization by Greg Cox based on the motion picture screenplay of the same title (the new Superman movie) was as good as the movie I guess. How did I feel about the movie? Mixed. I still have qualms about the ending (not the part where Clark joins the Daily Planet). So story wise, Cox can’t be judged on. Anything on that front falls into the realm of David S. Goyer and Christopher Nolan. The devil is in the details as they say. Cox paints a realistic vision of the story created by Goyer and Nolan. 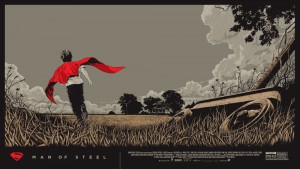 All the heartfelt moments were there. I really felt the moment where young Clark says, “…can’t I just keep pretending I’m your son?” Jonathan hugs him and says, “…You are my son”. tit for tat the three-hundred-page tale was almost scene-for-scene. There were certain liberties that couldn’t have been shown in theatres visually with out extra footage. Like Jor-El and Zod’s shared past. This was easily told in the novelization with a quick they went to high school together.

They didn’t really go to High School together but you get the gist. 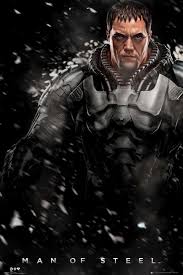 One stark contrast I noticed, that may have been a plus, the fight scene took up a wee bit less time than it did on film. What was 45 minutes of screen time was only 8-pages of print. I know in screenplay format you average roughly a minute per page but if this was based off of the screenplay I gotta wonder if there wasn’t a small caption in there somewhere that said, wing it for 45 minutes.

The extravagant fight scene and the un Superman ending seem to have been most critics probs with the movie. This book solves one and not the other (through no fault of it’s own). It has extra things in it and what was probably the original intent in filming, like Jor-El fighting robot crabs while retrieving the codex. I liked some of the altered versions better. Others I preferred the films interpretation. Micheal Shannon captured a passion in Zod that just wasn’t represented hear. His ridicule of Kal for being raised on a farm and not having the understanding of the upbringing Zod was brought into just can’t translate to Shannon’s portrayal.

I said I had mixed feelings about the movie. They were really just questions that left me feeling incomplete (it made me feel 15 all over again). When it is all said and done though, I have to admit that I did like this movie. I defend it to the nay-sayers and not in the same way I defended Superman Returns (which coincidentally I do like). I actually feel like this was a good story. The novelization didn’t have a fight scene that lasted one third of the story. Still question the ending but I can’t fault that I loved it all up until that point. The ending doesn’t change the story, it just makes you question the character. If I’m judging this as a book it was an excellent book. 4 of 5 all the way.

If you’d like to try your hands at this story and you love Superman then look no further than here. As always feel free to disagree in the comments below or on twitter @werewolforigin. Goodnight and have a pleasant Thursday afternoon.

Writer/Artist for X amount of years. Recently worked with people from IGN on a comic and studied writing under Victor Gischler of Marvel Comics at RSU in Oklahoma more X amount of years ago. Follow me @WerewolfOrigin on twitter
View all posts by Eric bookout →
Tagged  Man of steel, man of steel book, novelization, superman, superman book, titan books, zod.
Bookmark the permalink.