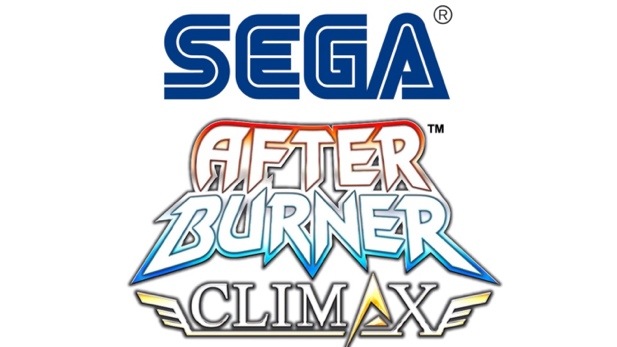 The old legacy that is Sega is still pumping out the occasional adrenaline-enthralling adventure. Their latest iOS endeavor, After Burner Climax, capitalizes on the retro-conceived arcade series, After Burner, but can this new addition still hold the heat after all these years? Here’s how an arcade inspiration translates to the modern world of touch screens. 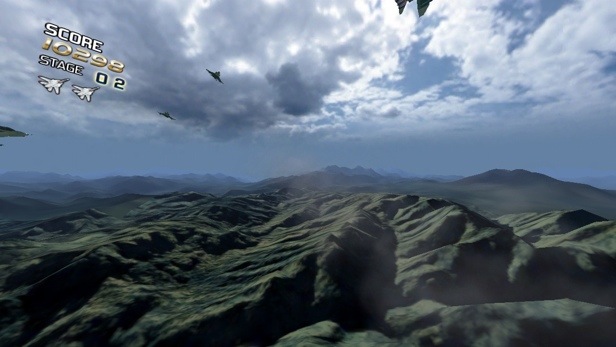 The Gist: The concept of AB Climax is pretty simple. You pilot a fast-flying jet, dodging various obstacles across a wide array of landscapes, and occasionally firing at enemies, all in an attempt to reach the end of the nearly-seamless “level,” upon which you are given the opportunity to continue to the next one. 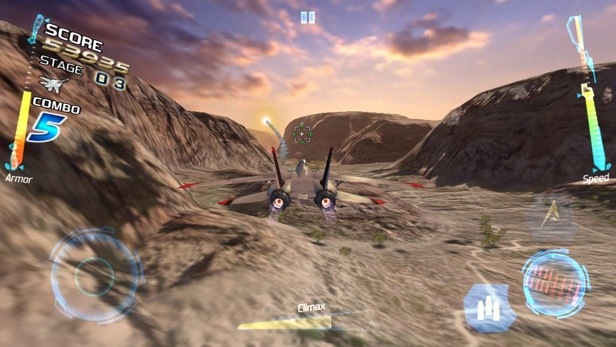 1) Appearance: 1/1; Yes, After Burner was originally an arcade game, but it looks awfully good on a retina display. The shading of the landscape and the pace that it all zips by is an absolute beautiful sight. Sega was on par with visual presentation. 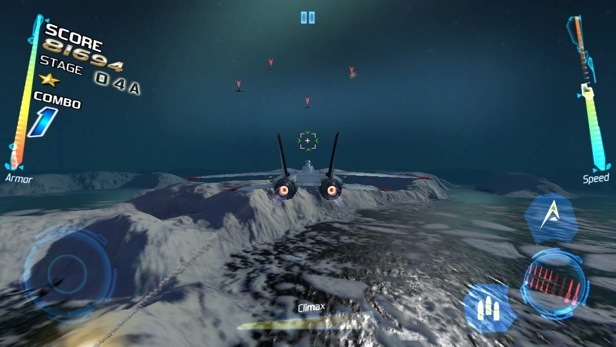 2) Audio: 1/1; Versatility’s fun. Who knew this could appear in the form of music. For audio support, AB Climax gives its users the option to listen to the more modern Climax soundtrack or switch to the AB II soundtrack from the arcade days. Pick your own poison as you please; just make sure you can along to it. 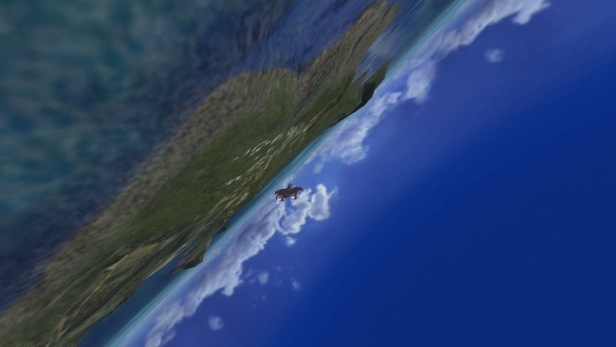 3) Playability: 0.8/1; For starters, the pace of your aircraft, even from the first level, is pretty quick. You’ll feel like you’re zooming as you watch the landscape whiz by. Kudos for this! Second of all, I have to admit that I was disappointed to see AB Climax scaled on a rail-type format, which consists of a single trajectory the aircraft can travel on, minus weaving left and right. An open world interface would have been much more appealing to modern gaming instead of stocking so closely to its arcade roots. 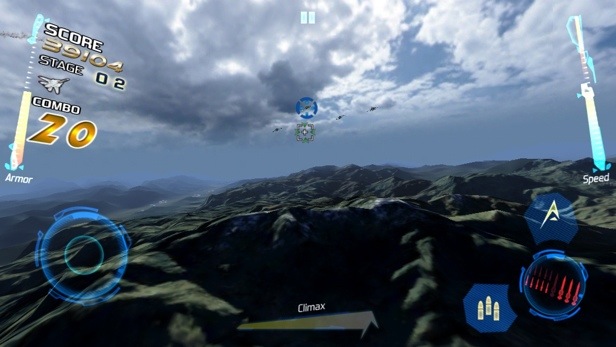 4) Stability: 0.5/1; Not to say this was a widespread issue, but I did run into several moments during general gameplay where the screen would stutter, even though After Burner Climax doesn’t seem anymore graphic-heavy than some of the other titles we’ve played without fault. I never experienced a major, or even a minor system crash, but I would hope to see most glitches removed from a published iOS title. 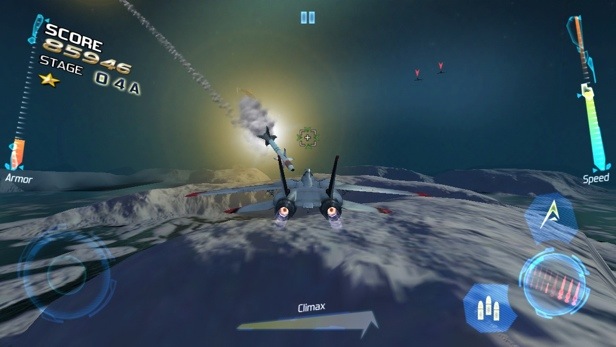 5) Value: 1/1; I have to give full credit here. Based on the price tag in of modern visuals, decent soundtrack, and arcade nostalgia, Sega receives an A.

iOSA3 Rating: 4.3/5; I didn’t fall in love with After Burner Climax in the same way I did with other plane-flying games (Sky Gamblers: Air Supremacy, H.A.W.X, or even Air Mail), but these games weren’t meant with the same idea in mind. To compare them wouldn’t be fair to any of the developers of the mentioned above. Did AB Climax fail 8DAG approval? Not entirely, but it didn’t soar with a flying score, either. The bottom line is that only the die-hard flyer fans will absolutely have to have this game, but for the rest of us, it’s a spontaneous “take it or leave it” scenario. 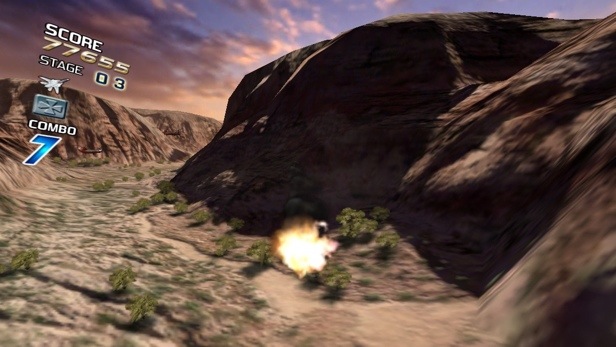 Sound Off: Now, folks, it’s your turn! Do you have any thoughts, opinions, or general comments about After Burner Climax and/or its developer, Sega? I personally reply to every comment, and I’d love to hear what you have to say! Just take your cranial debris and throw it down in the box below!