My Love Letter To Fringe

My beautiful, beautiful show. When we first met, I found you awkward, unsure of yourself, and shaking as you stood on your own two feet. But, even then, I saw the beauty in you. I continued to watch you as the years went on, and you continued to amaze me. I began to grow fond of your characters. The emotional line began to blur between fiction and reality, I began to genuinely care for Peter, Olivia, Walter, and Astrid. Very quickly, I fell in love with the show, and I never missed an episode. There were many moments that stood out in my mind, but one in particular  was when Olivia saw Peter for what he was, someone from the alternate universe. It was the look on Olivia’s face that sealed the deal for me. I felt bad for her, because we all knew she liked Peter, and this seemed like it was a bit heartbreaking for Olivia to realize the truth about him. It was at this precise moment when I realized the show had emotionally pulled me in, and I was hooked. The anticipation this season was building, knowing that this would be the final one. There were twists and turns, amazing emotional moments, and heartbreaking ones as well. I’m not afraid to admit I balled like a baby when Etta died, and when Peter found the “goodbye” tape from Walter and they sat down and watched it together. That conversation absolutely broke my heart. Also, when Walter finally got Astrid’s name right, brought a tear to my eye. 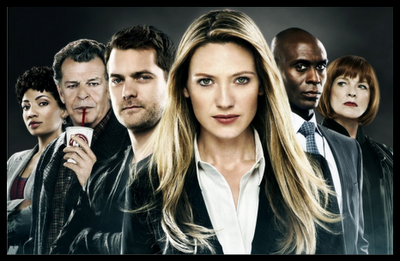 I got so emotionally attached to this show because I felt I related to the characters. The relationship dynamic between Walter and Peter, how it grew exponentially from the first season to the last, echoed my very own relationship with my father. These are the types of shows that are rare. They can pull you in and tie you down emotionally, and neither of you will ever let go. I think it is a beautiful thing when you can form an emotional bond with art, in any medium. For whatever reasons, my emotional bond with Fringe was strong, and I am very sad to see it go. As it leaves, however, it will take a piece of me with it. I am very thankful for the talented minds that have put in the hard work over the past five years to make such an emotionally strong and beautiful show, and for allowing me the privilege to see the cast of characters come around full circle and mature. Little else is to be said expect, “The time we had together we stole. I cheated fate to be with you, and we shouldn’t have had that time together, but we did…and I wouldn’t change it for the world.”

I’m a lifelong comic book fan. Comics pulled me in at an early age, with influences ranging from Chris Claremont’s historic X-Men run, Walt Simonson’s Thor run, Mike Zeck’s run on The Punisher limited series, Jim Lee’s X-Men, the early 90’s X-Men animated series, and the best cartoon ever made, Batman: The Animated Series. As a kid, these comics and cartoons gave me a new world to go to when the real world wasn’t so nice. Because of this, comic books will always have a special place in my heart. I love everything about comics, and still get the same feeling reading them today as I did when I was a kid. My major in college was psychology, so I love to incorporate that into comics.
View all posts by Steven Brewer →
Bookmark the permalink.