What a week in Geek! If you live in the Big Apple then you’ve been over run with sub pop culture as your large comic convention swooped through and flooded the streets with cosplay and geek news. I’m not going to recap comic con here, but there were a ton of Title release dates, news, and previews released at the con including the Synopsis for Thor Dos, footage from the new Evil Dead movie and cast reveal for the New Avengers animated project. The biggest and bestest news for me was TV. 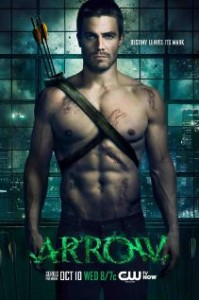 The CW premiered their new series Arrow starring Stephen Amell as the emerald archer. It was a keeper so far. Definitely chock full of unlikable quirks. The villain can’t figure out how his computers are being hacked and doesn’t seem to notice the giant flashing arrow sticking out of the wall, right next to his freakin’ computer! The narration and horrible cgi in the beginning was almost unbearable. Why didn’t they stretch out all that back story through out the first season? Why did they have to cgi a boat on the water? Is there no stock footage of a boat on the water anywhere? Has cgi become so cheap it’s easier to fabricate a boat on the water?

Stephen Amell was pretty decent even though a few of the lines were cheesy. Acting was tolerable through out the entire series. You have to really utilize your willful suspension of disbelief but this is a CW show, and Smallville was decent even though cheesy. The story was what made this show decent. We got a slight tease of a back story that possibly involves Deathstroke, and we already know that his tattoos have something to do with his  secret “Batman League of Shadows” like training. The Parcour and action is heavy and well executed which was above and beyond  expectations. I’ll continue to watch it and expect it to make it passed the first season. Seven out of ten on the geek scale, but only time will really tell. 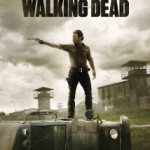 Tonight AMC premiered the third season of their hit show The Walking Dead. It was awesome wrapped in an incredibly graphic and disturbing shell. Michonne made her first real appearance. Andrea is still alive, barely, running it down with Michonne and a couple of half zombies. Rick seems to be slipping further away and Carl is turning into a Bad A (I also think he’s going to hook up in a very sexual way with Hershel’s daughter). The season preview looks like it’s going to be intense. They are going to introduce the Governor at some point and we all know that turns out rough on everyone. Can’t wait. 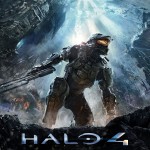 Highly anticipated HALO 4 may have been leaked and Microsoft investigates. Photos of the unreleased discs for the game have been released on reddit and NeoGaff and gamers on their forums have claimed to have already played it. Several sources have alluded to the high credibility of these claims so it looks like it is highly likely HALO 4 may be circulating out there somewhere. MS needs to get on the balls, it was only a few short months ago that schematics for the XBox 720 were released online as well a supposedly black market assembled system was sold via auction site.

Young Justice and Green Lantern: The Animated series, or as some people call it “the greatest hour of television to air on Saturday mornings since The Teenage Mutant Ninja Turtles (1987)” are on hiatus until January. Cartoon Network tweeted earlier this week that DC Nation would be taking a short break, no further news is known at this time but this is BS! 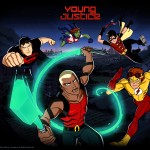 TV is still hitting hard right now. Supernatural is back and 666 Park looks to be pretty sweet. Big Bang, 30 Rock, Parks and Rec, and lots and lots of others are on now. With Walking Dead back it would seem that fall TV is in full swing. In fact… I’m not even sure I can recall another show that I love to death that isn’t back yet. Community is also on some wierd temporary thing. We may be reporting more on that and DC Nation soon so stay tuned.

But all in all a good week for geek. Come back next week where we’ll be talking about our fondest hopes and dreams. Until then feel free to disagree below or tweet at me directly @werewolforigin. Otherwise I’ll see you next week, same bat time same bat channel.