This month’s patient is Scott Summers, the mutant leader of the X-Men. Scott has suffered much in his life. Betrayal, death, and a consistent, heavy amount of stress have riddled this man’s life. At an early age, Scott suffered the tragic loss of his mother due to a plane crash. Scott and his entire family were in the plane, and Scott’s mother Katherine pushed Scott and his brother, Alex, out of the plane with the only parachute. This sacrifice saved the boys’ lives, but caused irreparable damage to them both. Scott suffered a head injury, which rendered his then dormant mutant power uncontrollable. 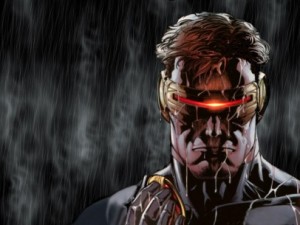 Because of this head injury, Scott lay comatose for a year after the incident. During this year, Alex was adopted, and the boys separated. Scott was then under the care of a mutant criminal Jack Winters. During this period of foster care, Scott’s mutant power had manifested itself, and nearly killed a group of innocent bystanders. Scott was able to save the group of people, but they still accused him of trying to kill them and attacked. This was Scott’s first taste of persecution for being different, being a mutant. Soon after, Jack Winters attempted to exploit the young mutants’ power for criminal purposes. Scott refused and was physically abused because of this.

The manifestation of Scott’s mutant ability caught the attention of Professor Charles Xavier, whom rescued him from Jack Winters, thus creating a lasting relationship that would have a profound effect on Scott throughout his life. When Scott joined the X-Men as their first member, he was reserved and stoic. He fell in love with his teammate, Jean Grey, but was unable to show his feelings to her for some time. During Scott’s tenure with the X-Men, he continued to suffer tragedy after tragedy. Jean Grey was possessed by the alien Phoenix Force, and committed suicide to keep from unleashing the Phoenix’s true power. Soon after the love of his life’s apparent death, Scott left the X-Men and attempted to collect his thoughts. Scott eventually returned and married Madeline Pryor, who bore an eerie similarity to Jean Grey. Madeline was later revealed to be a clone of Jean, and perished in battle with the X-Men. Scott and Madeline had a son, Nathan Christopher. After this battle, Scott took another leave of absence. 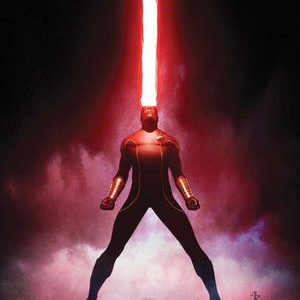 Tragedy has continued to follow Scott throughout his life. He was betrayed by his mentor, Charles Xavier. He had to merge with the mutant Apocalypse, causing massive damage to his own psyche and altering his own personality forever. After the incident with Apocalypse, Scott began a psychic affair with Emma Frost. When Jean found out about this, Scott once again left the X-Men. Soon after this betrayal, another, more devastating betrayal laid in wait. It was revealed that Charles Xavier, an extremely powerful mutant telepath, mind wiped Scott, thus erasing any knowledge of his third brother, Gabriel. Scott then expelled Xavier from the Institute for Higher Learning, thus straining their relation to the point of no return.

Much has been said in regards to Scott’s stoic, reserved, and grim demeanor. He definitely has difficulty expressing emotion, and you hear the words “anal” and “retentive” thrown around a lot. A reserved personality, coupled with a difficulty in expressing emotions, is often an indication of some type of abuse in an individual’s formative years. Scott did indeed suffer physical abuse at the hands of Jack Winters, and this abuse was at a time when Scott was struggling with the manifestation of his mutant power. One could safely attribute his reserved demeanor and lack of social skills to his abuse as a child. One could also assert that Scott suffers from post traumatic stress disorder. Not only from the plane crash early in his life, but from the apparent deaths of his wives and the life shattering battle with Apocalypse. Scott’s difficulty in expressing emotion has been consistently reinforced throughout his life, starting with the abuse he suffered as a child and continuing with the betrayal at the hands of Charles Xavier. In all honestly, Scott has suffered from a profound lack of stability and consistency throughout his life. The betrayal, abuse, tragic loss, and profound lack of stability have all been motivating factors in his inability to have normal relationships in his life. Unfortunately, until Scott is willing to take down the impenetrable wall that he has built around himself, I’m afraid the suffering and difficulty will continue.

I’m a lifelong comic book fan. Comics pulled me in at an early age, with influences ranging from Chris Claremont’s historic X-Men run, Walt Simonson’s Thor run, Mike Zeck’s run on The Punisher limited series, Jim Lee’s X-Men, the early 90’s X-Men animated series, and the best cartoon ever made, Batman: The Animated Series. As a kid, these comics and cartoons gave me a new world to go to when the real world wasn’t so nice. Because of this, comic books will always have a special place in my heart. I love everything about comics, and still get the same feeling reading them today as I did when I was a kid. My major in college was psychology, so I love to incorporate that into comics.
View all posts by Steven Brewer →
Tagged  A vs. X, Cyclops, marvel, Marvel Comics, Scott Summers, Summers, X, X-Men.
Bookmark the permalink.