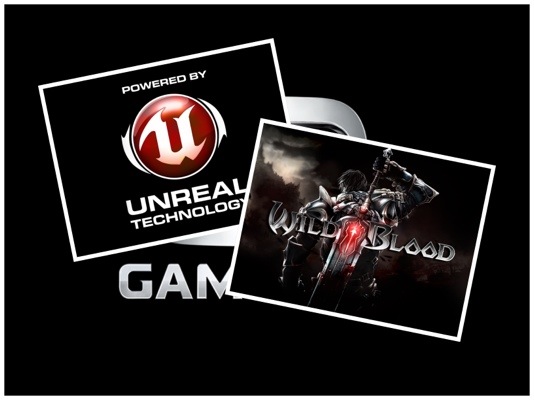 Hey, folks! It’s that time of the week again! News today: last Thursday, Gameloft released their latest hack-‘n’-slash RPG adventure, so naturally, iOS-AAA has your back on the details. Let’s dive right in.

The Background Story: Anyone interested in Gameloft knows that they signed a deal with Unreal Engine 3 last year to produce four new titles with Unreal graphics. Almost one month ago, the first Unreal/Gameloft collaboration, entitled “March of Heroes,” was suddenly nixed near the end of production. Conspirators believe most of the efforts put into MoH appeared in Gameloft’s gorgeous third addition to the Modern Combat series. Whether that’s true or not, no one can be sure. What we do know is that Gameloft still promises to distribute 3 more Unreal titles over the next couple years. It just so happens that Wild Blood is the first of the Unreal trinity. But is it truly “unreal,” or is it a dud? Here’s the breakdown:

Pros: Graphics are beautiful on Regina displays. The gameplay is as smooth as any other game you’d expect from Gameloft (minus the minor glitch I’ll cover in the paragraph below). 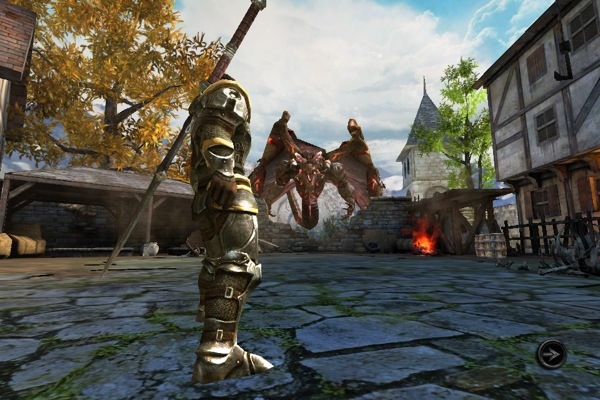 ¿Glitch?: HEY, welcome to the paragraph below! Strangely, after several minutes of playing (and rotating between multiple background screens before returning to the game,) I found that I couldn’t swipe to move the camera when Lancelot was in motion. Same for using the dash switch; it wouldn’t operate if Lancelot was already moving. Basically the dual-touch functionality of the iPhone had been removed; only one finger would work on the screen at any given time, and that was bothersome. The issues was fixed after resetting the game, and it never returned. 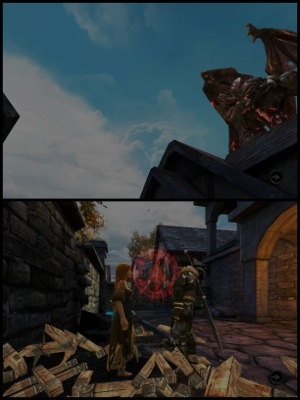 Speaking of negatives… Although the gameplay of Wild Blood has officially inducted Gameloft into the Hall of Badass-ism, the unbelievable voice acting in the beginning narration makes the storyline sound somewhat cheesy. Adultery at the basis of chaos is a bit unconvincing.

Second, my fingers aren’t exactly small, but they’re not particularly gargantuan either; unfortunately, when hacking away on the attack key, I found that I’d occasionally set off the special attack switch. This is something that could’ve been fixed with a little bit of extra space between the digital keys, or Gameloft could have at least added a control customization option as they’ve done in past adventures.

Third, even on a 4S, the startup menu takes a but of time to load (so much so that I thought the game would crash, but it didn’t). This may operate faster on the next iPhone.

Finally, whether this speaks of Gameloft’s own ingenuity or maybe the pixels in my Retina display aren’t as sharp as they used to be, but the graphics, generously provided by Unreal Engine 3, don’t look too much better than the latest games Gameloft has developed on their own engine. Back in 2011 when Gameloft announced they’d be partnering with Unreal for a brief period, Gameloft’s graphics could’ve used the slight boost. Now, most of the way through 2012, having Unreal power any Gameloft adventure just doesn’t seem that big of a deal anymore.

Seen this before, but on a touch-device as small as an iPhone (and even an iPad), Gameloft’s the auto-targeting battle system is a welcome convenience: Lancelot will focus on the closest baddie, and you slash away.

Saving: Let’s face it, most great iOS games utilize a checkpoint saving system while other games have a save option built into the menu. While the checkpoints of Wild Blood aren’t too far in between, I would still appreciate the option to save whenever I want instead of hoping I have enough time to play a portion until the next save zone. Maybe I’m being too picky, but I had to restart too many areas because of checkpoint locations and time constraints. 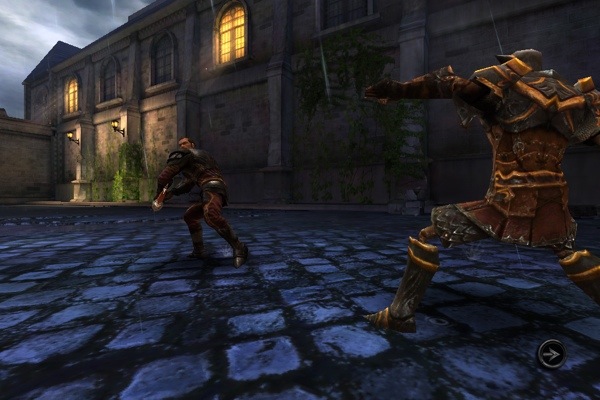 App-Aholic Rating:5/5; Other than a few minor issues, Wild Blood is a decently-solid piece. There’s no major reason to warrant anything below a full rating; I just wish the graphics look a bit more “unreal” than they do.

Bottom Line: A strong and exciting effort from Gameloft. I’m not sure how unique Unreal Engine 3 is, now that other publishers (Gameloft included) and developed similarly-powerful gaming engines. Nevertheless, Wild Blood is a beautiful and worthy piece. Buy it, buy it! 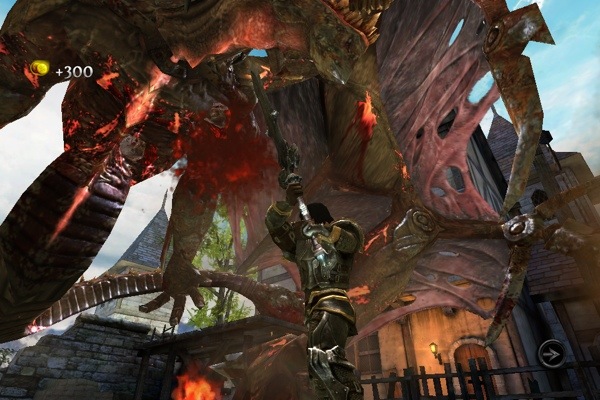