Well, it’s been a long time coming. Amelia Williams (Pond) and Rory Williams (Pond) who have been the longest running companions since the Who revival have said their goodbyes and opened the door for the next companion. Last night wasn’t just the Ponds final episode but it was the mid-season finale. We won’t see anymore Doctor Who or the TARDIS until they come back this Christmas for the special, followed by another break then the Spring Season next year. So we’re in a break, hashtag sadface. 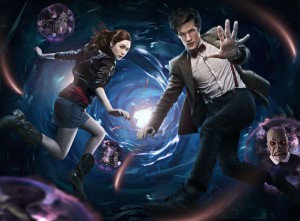 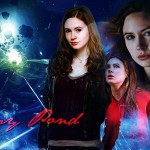 I have had a rough time warming up to Amy. They really had to beat it into my head that she loved Rory more than the Doctor for it to become even a small bit believable. In the beginning she was willing to cheat on Rory the night before her wedding with the Doctor, so any love I apply to Rory has to be post The Eleventh Hour and that whole 5th season. They pushed really really hard too, which lets me know the creators knew it. Steven Moffat realized he put too much emphasis on Amy’s love of the Doctor early on, otherwise he wouldn’t have back peddled so hard and tried to shove the “no, I really do love Rory…” message down our throats. 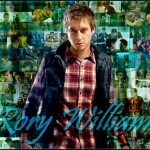 Rory of course, we know and love, and know he loves Amy despite her flaws. In this last few seasons he has really come forward. He’s no longer the Kenny from Southpark, dying every episode. He’s kind of grown into a man and a real companion all on his own. We’ve met his father on multiple occasions which makes this mid-season finale all the more tragic. (spoiler alerts) It makes their farewell from the show a bit more sad because you know there are real casualties of their loss, beyond just the Doctor and Melody Pond. You know, since Amy and Rory are dead.

The mid-season brought the Ponds face to face with one of Moffat’s and the revived series greatest creations, the weeping angels. Statues that feed on time energy created by sending you back in time to live-out-your-life-to-death. Quantum locked, they are actually no more than statues when you are looking at them. Then you “Blink” and they become so much more. 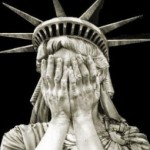 Rory gets zapped back to the thirties where Angels (including the Statue of Liberty) seem to be harvesting people. With all this angel activity it has created too much time interference and it was hard enough for the Doctor to even get there to save Rory the first time. In fact Rory and his wife have to kill themselves to create an anomaly to save themselves. Lots of timey-wimey in this episode. Can’t say it all makes total sense. How does Amy write the “afterword” in that book without actually knowing her fate? If River takes it to her in the past to be published then how does River meet her again but the Doctor can’t?  Timey-wimey. 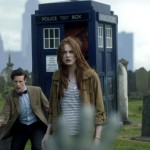 What I found so effective in this episode was the pushing to convince us of Amy and Rory love one more time. Amy watches her aged husband pass away in the thirties, he’s 80, then decides to die rather than live without him to create the time anomaly. Then in the very end decides to allow herself to be sent back in time to live out her life in the past rather than stay time locked away from him in the present. She makes the final decision of choosing her husband over a life with the Doctor. They really had to push to make me believe their love, and after they’d done it again and again in countless episodes they went over the top one more time in the Ponds final farewell driving it home.

I know longer am annoyed by Amy’s constant “look at me” personna, or the shows constant attention to her. I can look back at older episodes and just see them as good Doctor Who episodes and less “The Amy Pond” show. People really called it that. Even though Rose had been an amazing companion and Donna had a tragic ending. Since the Moffat take over the show had become so companion based and locked into it’s characters. With this farewell we finally see that Steven is willing to let go of some of the things he created and do it in a touching way. It was a good send off. I might miss the Ponds, but am really excited for the future.

Writer/Artist for X amount of years. Recently worked with people from IGN on a comic and studied writing under Victor Gischler of Marvel Comics at RSU in Oklahoma more X amount of years ago. Follow me @WerewolfOrigin on twitter
View all posts by Eric bookout →
Tagged  About last night, amy pond, Doctor Who, Doctor Who season 7, farewell to the ponds, melody pond, mid season finale, river song, rory pond, the ponds, TV reviews, weeping angel, weeping angel statue of liberty.
Bookmark the permalink.