Eight Most Iconic Doctor Who Characters

In a few hours Doctor Who will begin one more trip through the time vortex. Or maybe it’s only been one trip and we’re just seeing it from different sides, realities, points in space/time. Any way you slice it, Tardis blue will be spinning across the BBC network with the Doctor, companions, a million hidden nooks and crannies wrapped in a world of possibilities. Over the 50 years Doctor Who has been spinning a sci-fi yarn there have been hundreds of characters and creatures inside and outside the blue box. Before we kick off the next season of Doctor Who and see the brilliance of Steven Moffat and Matt Smith as they weave a fantastical timey-wimey adventure for us, let’s count down the eightest and greatest “Who Characters”. The 8 most iconic heroes, villains, companions, secondary companions, robots, aliens, friends, Romans, Countrymen, historical figures, future faces, and everything between. 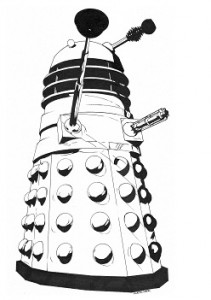 8. The Daleks- Go big or go home right? Obviously one of, if not the biggest Who character to ever grace the big screen (assuming you have a big screen TV). Chanting “Exterminate!” over and over while they vaporize innocent people in their never ending quest of hate of all things not Dalek. 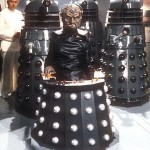 I’ll throw Davros, the lord and creator of the Dalek race (to some chagrin), for no extra charge. You can even choose which era of Davros. Crazy Jim Henson’s Muppet looking Davros from Genesis of the Daleks, or new age ultra fancy but down on his luck Davros from the David Tennant days. 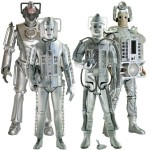 7. The Cybermen- Still rocking the reoccurring classics, one of my favorite things about the Cubermen, is just the simplicity of the design. They are robots. Everything about their steampunk design screams 1950’s generic robot man. They’ve gone through many cyber facelifts since the early days but name and body alike, they are still Cyber Men. 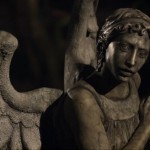 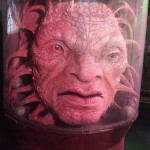 5. The Face of Boe- Another odd character whose storyline may have circled around into a beautiful completeness. (spoiler alert!) The Face of Boe may or may not be Captain Jack Harkness. The Face of Boe first appears in season one of the New Doctor Who, with Christopher Eckleston playing the ninth Doctor. He doesn’t make much of an impact that first ep, but when we circle around to the Martha Jones season we’re teased with an odd paradoxical twist as Boe says his final words to the Doctor. 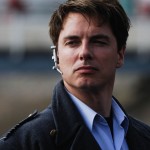 4. Cap’n Jack Harkness- Time Agent extraordinaire. We meet Jack first in “the Empty Child” where some nanites are turning everyone into gas mask people. Jack later goes on to star in the anagram of Doctor Who, Torchwood. He’s a nutty quasi-sexual man from the future where anything goes. Part of what makes Jack so awesome is that the Doctor hates him. Not sure what grade I’d give the different versions of Torchwood, but Jack is the real star. 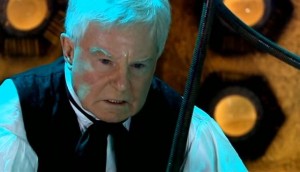 3. The Master- A Timelord who has plagued the Doctor for millinia. The rhythmic cadence that echoes through his mind tormenting him into insanity and sparking his chaotic path once opened a gateway to the time locked world of Gallafrey, or as some call it Kepler 47. This gateway let more Timelords through, and apparently they can be dicks. 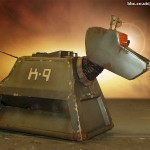 2. K-9 – This idea of a robotic dog sort of annoys the hell out of me. I don’t know if has the same charm of a Cyberman. Maybe if they’d been as clever and called him cyberdog. K-9 is good in a corny way, but the name of this list is most Iconic. Making his way from the past and on into the present, annoying or not he inspires nostalgia in old fans and serves his purpose where needed. We threw the big guns in early to stay loose (can’t have every Doctor Who list in the world wrapping up with EXTERMINATE and DELETE). “He’s a good dog.” 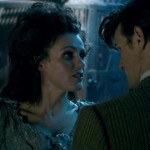 1. The Doctor and the TARDIS- They’ve been traveling together for a long time. Since they stole each other many life times ago these two companions have been saving worlds and creating a ruckus. Sometimes they pick up a stray, that the embodied TARDIS doesn’t necessarily care for. She’s only had a voice once (given to her by Neil Gaimen) in one of the saddest episodes ever created by man or beast. The Doctor himself isn’t half bad either. Doubtfully she’ll ever have a voice again, but we’ve seen her talk and beyond that we’ve seen her do a great many other things as a blue box. So much bigger on the inside, even as a human. The TARDIS and the Doctor, the very reason we watch this show and the most iconic characters in it.

Season 7 is about to kick off (watch for our review) and if the trailers are any real preview I am excited beyond words. So look forward to the death of many Daleks, baby Weeping Angels, a possible return of Craig, and lots more. It is going to be awesome!

Writer/Artist for X amount of years. Recently worked with people from IGN on a comic and studied writing under Victor Gischler of Marvel Comics at RSU in Oklahoma more X amount of years ago. Follow me @WerewolfOrigin on twitter
View all posts by Eric bookout →
Tagged  cyberman, cybermen, dalek, Doctor Who, Doctor Who season 7, k-9, new season, tardis, the doctor, the master, weeping angels.
Bookmark the permalink.