Geeks on Sports previewer Tim Blacksmith here today to tell you all about Cycling – BMX, a sport where drifter bums can become world champions.

There are four cycling events at the 2012 London Olympic Games and BMX is the International Olympic Committee’s attempt to reach the younger male audience (as if girls aging from 13-17 in tight clothing jumping and dancing around wasn’t good enough).  As I ranted about in my Canoe Sprint article the IOC needs to modernize and BMX is an avenue to that. 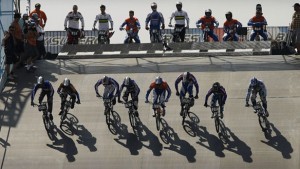 First appearing in the last summer Olympics in Beijing, BMX is a fast-paced action packed sport.  Races consist of heats (much like sprinting and other Athletics’ events) starting with eight competitors and whittling down from there as only the top two cyclists in each heat advance.

For an explanation of the rules governing this competition I will now cite the official London 2012 Olympic Games sport page for Cycling – BMX: 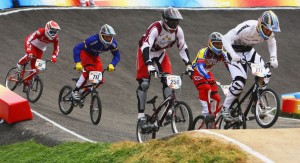 I consider myself to be a person of above-average intelligence and this makes almost no sense to me.  So if you can follow it, then thou art a better person than I.

That being said, watching the races will be something akin to NASCAR, mostly it’s interesting because it’s fast and the possibility of injury exists from crashes.

Bikes used in this kind of competition are incredibly strong and light-weight to both manage the force of impact from jumps and the necessary speed riders need to achieve in order to come out on top. 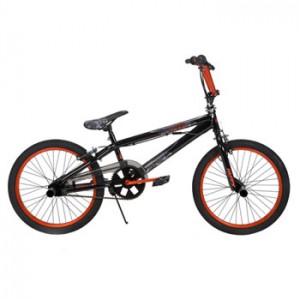 At the very least races will be attention-grabbing.

I hope you have enjoyed this preview of the 2012 London Olympics Cycling BMX event.  Continue to check 8DaysAGeek for more previews of Olympic events.