This weekend 8daysageek was at Tokyo in Tulsa for the first time covering the large midwest anime convention. It was a large gathering of manga and anime lovers, cosplay enthusiasts, and the general geek culture crowd. There were panels on Doctor Who, How to Write for Comics and Anime, and Interviews with the Actors who make the voices for our favorite animated story lines. The event lasted for three days and nights in the downtown Tulsa area and held thousands of conventees (I may have made that word up, feel free to use it; Def: (noun.) a person who attends a convention). There were dozens of panels, guest speakers, and events. Not to mention one of the largest collection of cosplayers attending the festivities. With events and parties carrying on well past midnight each night it was a “hell of a good butler”. Replace “Butler” with “time” and you’re in the money. 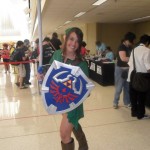 I didn’t attend the actual costume contest. I believe fellow correspondent, Ross, will be covering the best of the best in another article. There were definitely some of the best cosplay costumes I’ve ever seen at the convention. A few years ago I attended Celebration V in Orlando, and while the convention was bigger there were few participants in the festivities. The ratio of norm to cosplayer was much higher at TnT than any other convention I’ve been to thus far. I don’t know if it was just that anime fans are more involved or if it was that it covers such a wide genre. There’s Star Wars anime, and Doctor Who anime, and the background for the convention covered a plethura of other cult topics so there was a wide variety of players in the field. Real fun. 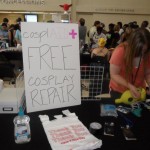 This years convention featured a large cast of guests from the industry doing signings and panel interviews. Some of the guests included J. Michael Tatum (Sebastion, Black Butler), Spike Spencer (BLEACH), and Stephanie Young (Full Metal Alchemist, Claymore). There were vendors selling the anime wares at every corner, and a game room where people were holding tournaments from everything, Halo to Magic the Gathering. There was also some time for free play. Me and the kiddos logged some vs time on Marvel vs Capcom 3 and Street Fighter. 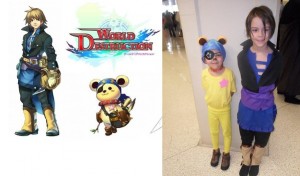 One of the best panels I sat in on was a Muthbusters in Anime panel, where a science guy broke down the why and how the physics of some of our favorite scenes are too fantastical. “What? You mean when you shoot someone in the neck with an arrow the blood pressure doesn’t cause their head to rocket off like a soda filled with mentos?” Some of the things busted or at least called attention to were: Humans don’t have the blood pressure of a can of soda, Sozin’s Comet would likely have destroyed the planet and is a much bigger threat the the Fire Nations rampant racism, and Fire Pokemon with a temp to rival the sun would give their trainers cancer. It was awesome and has been included in conventions past and will make a re occurrence  next year. 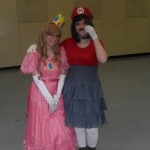 Beginning as a block party Halloween 2005 for Darkstone Anime store it has grown to be one of the best anime conventions in the country gathering participants from all over the land (I saw one group from Pittsburgh Penn.) It’s doubled in size over the past few years and continues to grow. Events carry on late into the night with DJ’s and Raves, and even late night fan panels. It’s also an excellent place to learn about the business and try and garner some success of your own with some of the many contests.

After three days of panels and shopping and just general gathering with our fellow nerds it was definitely exhausting, even though it was in my hometown. After it was over each night, psyched from the animation overload I ran home and started Kaze No Stigma and Black Butler (almost done with everything netflix has to offer on Black Butler). I’m watching Full Metal Alchemist right now and will probably submerse myself in it for a few more days until the high wears off.

Tickets are already available for next year. Each year they announce a new vs theme. This year was  Bounty Hunters vs Steampunk, and they’ll be announcing the vs theme for next year soon. If you like anime or are just looking for another Con to attend I highly recommend this one. Especially if you live in the midwest. Until next year, “And a good time was had by all…”

Writer/Artist for X amount of years. Recently worked with people from IGN on a comic and studied writing under Victor Gischler of Marvel Comics at RSU in Oklahoma more X amount of years ago. Follow me @WerewolfOrigin on twitter
View all posts by Eric bookout →
Tagged  anime, avatar, cartoons, Conventions, cosplay, costume contests, Doctor Who, Full Metal Alchemist, Tokyo in Tulsa.
Bookmark the permalink.