Geeks on Sports previewer Tim Blacksmith here today to tell you all about Tennis, I sport dominated by eras and champions.

The history of Tennis at the Olympics is spotty at best.  After being in every Games from 1896 till 1924 it was dropped until 1988 and it was only singles matches then.  At this year’s Olympics in London (home of one of the four major tennis tournaments each year – Wimbledon) there will be Men’s and Women’s singles and doubles tournaments as well as a mixed doubles tournament. 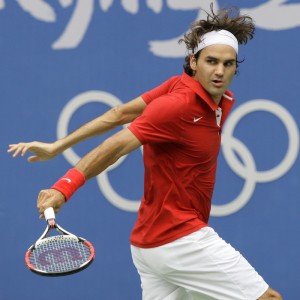 Some players will compete in both singles and doubles since, unlike a regular tournament, this is for pride and country.  The goal is always to have the greatest competition possible, however this year’s Olympics will be missing one of the giants of the game: Rafael Nadal has pulled out of the Games, indicating that he was unfit to compete.

The former number one was an early exit at Wimbledon this year, clearing the path for Roger Federer to win the tournament and once again reclaim the number one ranking in the world.  With Nadal out and Fed’s recent victory on grass over world number two Novak Djokovic he is the favorite to come away with the gold.

On the women’s side, it’s almost a completely open tournament.  If the William’s sister show up fit and ready to play they are both a devastating opponent to face and could easily come out on top.  But don’t discount champions like Wozniacki and Clijsters. 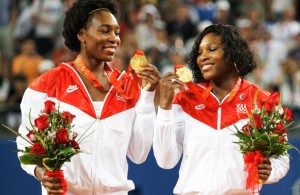 It may seem like just another tournament, but with gold medals on the line the desire to win increases exponentially.  Saying you’re a tournament champion is one thing, saying you’re an Olympic Gold Medalist is something entirely different.

Tune in and cheer on your favorite players; I know I will!

I hope you have enjoyed this preview of the 2012 London Olympics Swimming event.  Continue to check 8DaysAGeek for more previews of Olympic events.