Geeks on Sports previewer Tim Blacksmith here today to tell you all about Rowing, possibly the sport most likely to involve someone named Ingold.

Did you go to Yale, Harvard or Princeton?  No?  Ok, then you’ve probably spent literally no time watching rowing and your closest encounter to the sport was watching How High.  Don’t deny it, you know you’ve watched How High. 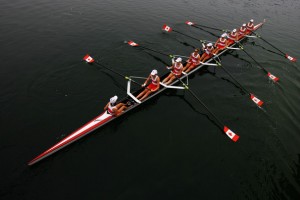 The principle of rowing is based on pure will.  While watching you’ll hear a lot about technique and skill and that certainly plays a part in it.  But in this sport, equaled by few others, the desire to push yourself to an extreme beyond your opponent is what makes the difference.

Imagine you’re sitting in a boat (called a skull in rowing) and you hear a gun fire, you start rowing fast, hard, faster, harder, faster, harder, longer…you don’t stop until you’ve passed the finish line and all you did was win your heat.  Now you have to get ready to come back for more. 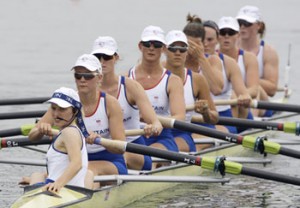 Rowing is both an individual and team sport.  The team events are possibly the most fun as a coxswain is added to the mix.  His/her job is essentially to tell the people in the shell to go faster…as if they didn’t realize this was integral to winning the race.

I always enjoy watching the Rowing events because they are generally short races with a lot of drama as you watch one boat surge ahead at the last minute to steal victory from the jaws of defeat!

I hope you have enjoyed this preview of the 2012 London Olympics Weightlifting event.  Continue to check 8DaysAGeek for more previews of Olympic events.