Geeks on Sports previewer Tim Blacksmith here today to tell you all about – Basketball, a competition dominated by short stocky men with receding hairlines.  As a sport created in America it should come as no surprise that much of Olympic history is riddled with the United States’ dominance of the event. 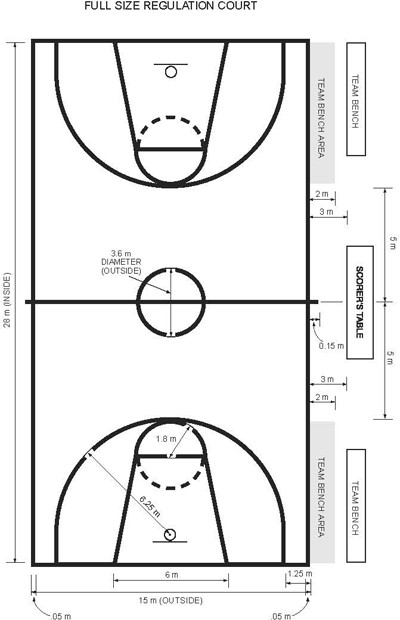 Basketball is a game where five players on opposing teams dribble a leather ball around a court with their hands (only) passing to one another and shooting the leather ball into a round cylinder ten feet off the ground.  Points are tallied in ones, twos and threes.  A single point is earned for each free throw made (free throws are the result of an event where one player fouls another player during the action of the game or in the event that a technical foul is called on a player/team).  Two point goals are any basket scored inside the outer arc on the court.  Three point goals are any basket made from a shot released beyond the outer arc (also called the three point line).

Like many American sports there are myriad rules and regulations associated with the sport of basketball with variances on each level of play from high school through college, professional and international play.  Far too many to explain here, but if you are interested in gaining a quick understanding before watching the games so that you can recognize the difference between charging and blocking, I highly recommend checking out this site.  If you’re hard core then check out these official rules. 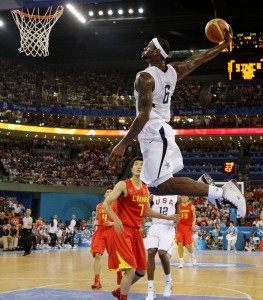 Of the sixteen Olympics that basketball has been part of since 1936 the United States has won the gold medal thirteen times.  The US’s first loss in Olympic competition did not occur until the controversial 1972 gold medal game against the Soviet Union, and steadfastly refused to accept their silver medals.  In protest to communism the United States as a whole did not attend the 1980 Olympics in Moscow and they took home the bronze medal at the Seoul Olympics in 1988.  That was the last games where amateur athletes represented the US.  Basically the US said, “screw this losing noise” and used their might to impose on the International Olympic Committee (IOC).  Despite the change America still managed to screw the pooch and come up short in 2004.

In Olympic play twelve countries qualify men’s and women’s teams independent of one another (meaning if the men’s team from a country qualifies the women’s team does not automatically qualify and vice versa).  The twelve teams are divided into two sets of six for the group stage.  The eight teams that earn the most points from victories in the group stage move on to the knockout round and play a single elimination tournament style format until a winner is declared in the gold medal game. 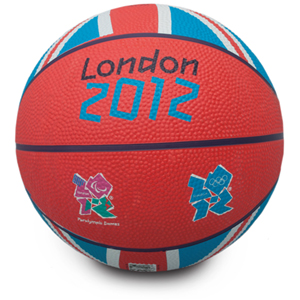 I hope you have enjoyed this preview of the 2012 London Olympics Basketball event.  Continue to check 8DaysAGeek for more previews of Olympic events.