Thanks to This Guy, I’m currently obsessing over my iPhone and draining the battery playing Illusia 2. If you have an iPhone, read the article, and then download the free game. Gamevil makes some pretty addicting games, and they’re cheap or free. Awesome!

Need eye candy? This is the month that will make you happy. This week is also the start of something new, Doctor Who games. Hopefully they’ll be as good as the show and the old doctors will come back for the voices, just like Matt Smith. 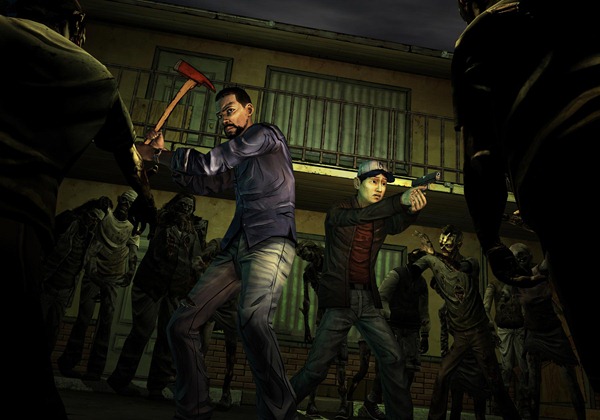 A very artistic game, works as a compliment to the graphic novels. Beautiful, terrifying, full of zombies. See more at Telltale Games. 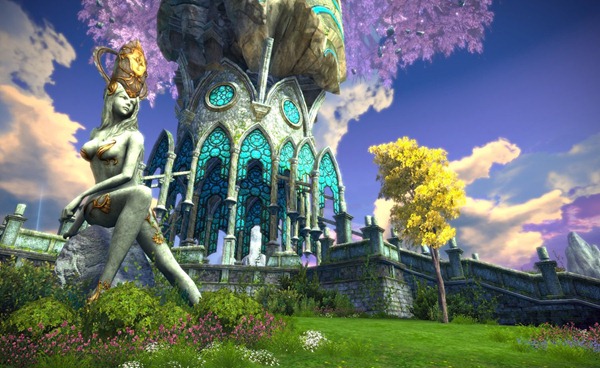 Another pretty PC MMORPG for those looking for alternatives to WoW, or those just looking for another MMORPG to get into. The lady armor is skimpy, and the gentleman armor is tough looking. That’s all you need, right? Oh, and pointy things. There are a lot of pointy things.

Product Description: Tera is the first true action MMORPG. What does that mean? Tera provides all the depth of any MMO–quests, crafting, an intricate plot, PvP, and more-combined for the first time with the satisfaction and skill of a console action game. No more are you confined to tabbing and then standing around and eating a sandwich while taking on a boss. You’re at the center of the action, hitting where you aim and reacting in real-time to dodge and move out of the way when attacked. In Tera, skill and substance combine for an entirely new MMORPG experience. The sequel to Sniper Elite, V2 is a WW II era game and takes the favorite aspects of game play from the first game and adds to V2.

Product Description: The sequel to Rebellion’s highly-acclaimed 2005 game Sniper Elite, Sniper Elite V2 continues to offer gamers the most authentic World War II sniping experience by putting them in the middle of war-torn Berlin amidst the frenzied final battle between German and Russian forces. With an emphasis on learning to handle the anticipation and pressure of the hunt, players are forced to use skill, patience and cunning to achieve their missions as they find themselves facing life-altering choices. The celebrated “bullet cam” from Sniper Elite makes its return and will be more gratifying than ever. Skillful shots are rewarded with a slow-motion sequence of the bullet running its full trajectory from barrel to target as well as featuring graphic detail of the effects of the bullet entering and destroying a target. Mortal Kombat, now (again) with Kratos. This is the PS3 version of the game, soon to be on the PSVita. Look at that mustache! You can look forward to the console editions in July, per Amazon. This 3rd person RPG is full of rum, guns, voodoo and islands. While pirates are slowly falling out of style, I will always love them and welcome any pirate game into existence.

Product Description: Several years after the end of Risen, humanity is pushed to the brink of existence and one of the only safe havens is Caldera, a city located on the peninsula of the Lost Realm. However, even this sanctuary is threatened by the world at chaos, as monstrous sea monsters cause shipments of vital supplies to come to a grinding halt. The hero, upon discovering a rumor that the pirates of the Southern islands know of a way to banish the creatures of the deep, journeys to infiltrate their ranks and attempt to acquire this knowledge in time to save Caldera from imminent peril. The Special Edition is exclusively for pre-ordered copies of Risen 2 on Xbox 360, PlayStation 3 or PC. It includes alternate box art, the Treasure Isle DLC mission pack and a double-sided poster. Doctor Who: The Eternity Clock

The beginning of something new for Doctor Who: A series of console games. For now, this is a Playstation exclusive. This particular game features River Song (Alex Kingston) and the 11th Doctor (Matt Smith) as they travel across space and time (DUH!) to save the earth. Featuring two new monsters, the game will also have everyone’s favorite plunger heads: Daleks! And other classic baddies as well. Hey, guys, does this look like Fable? Nope! This might be a fantastic little game. I am loving the ridiculously cartoony style. Play with three other friends and adventure across a side of Albion we have never seen before. This is a collection game: Defeat the bad guys (some new, some old) and collect as much gold and items as you can to unlock features in this game and the upcoming Fable: The Journey.

“Fable Heroes” on Xbox LIVE Arcade is an action-packed hack-and-slash adventure set in the “Fable” universe, it is a fresh spin on the franchise, taking playful competition to the next level with four player co-op, time trials and leaderboards on Xbox LIVE. In “Fable Heroes” players work together to defeat enemies while also competing with each other to collect gold coins, which will level up their character and unlock unique items in “Fable: The Journey” when it launches later this year.