Part two in my review of Image Comics’ Cliffhanger line comic Crimson reveals a wealth of information.  It introduces us to new characters that are sure to play important roles, it explains some of the history behind the mysterious Red Hood character who saved Alex’s life at the end of the first arc and gives us a window into just how religious this comic can be at times.

This second arc, issues four through seven, start out with an abstract view the Red Hood society through the journal entries of Rogue, a gallant member of this secret society.  Teamed with his cousin, Scarlet X, he has been fighting evil creatures his entire life. 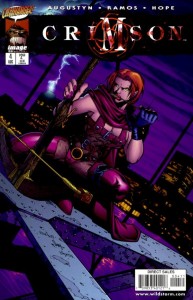 Scarlet is the character we see save Alex Elder’s life in issue three.  Rogue, the older and more experienced of the two, decides to try and take on the king vampire Van Fleet on his own, which eventually results in his death at the hands of the not-so-mythical creatures: Children of Judas.

Bent on revenge, Scarlet attacks Van Fleet in the open at a concert in Central Park.  Alex’s parents get caught in the crossfire, since his dad works for Van Fleet (a not-so-subtle way of connecting these seemingly disjointed characters).  We learn, along the way, that Alex’s vampire friend Joe, knows Scarlet and that they were once…close.

Clearly the Red Hood society does not consider vampires much of a threat or an issue, focusing instead mostly on werewolves…but then why are they hunting Van Fleet?  Somewhat confusing and conflicting ideas here. 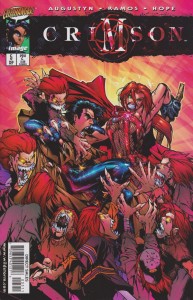 Alex and Scarlet actually team up in issue six as Van Fleet’s assistant goes on a rampage killing several members of his staff and attacking Alex’s father.  Scarlet, who was attempting to gain access to Van Fleet, winds up saving Alex’s life (yet another contradiction since not many pages earlier she seemed completely averse to him).

The final issue in this arc is a “Christmas Special” where we find Alex eating Christmas dinner in a local diner when in walks a group of Angels.  But these are not just any Angels, they are the high class ones such as Michael and Gabrielle the Angel of Death.  They are in this diner to pass judgment and condemn Alex as a vampire.

Along the way they cruelly dispatch with the workers and other patron.  Killing them for their “sins”.  When they come to Alex he pleads his case, which they grudgingly hear and then vote.  Michael, the most influential and powerful of the group, holds sway over enough to condemn…until Lucifer shows up.  Despite his place among the angel hierarchy he, apparently, still has a vote in this panel of judges. 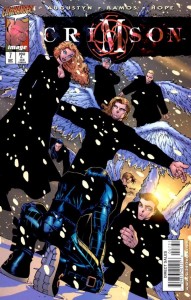 The twists at the end are what really make this issue cool.  I won’t spoil any of it, but I highly recommend checking it out yourself.  You don’t even have to read anything else to understand issue seven, it can stand alone.

Real or invented the religious ideas, ideals, stories and tales being presented in Crimson are an interesting change from the norm when it comes to fantasy books.  I am impressed, thus far, with the style and feel of the book.  There are, certainly, issues with the writing, but nothing major nor anything that would cause me to think the book not worthy of continuing on with. 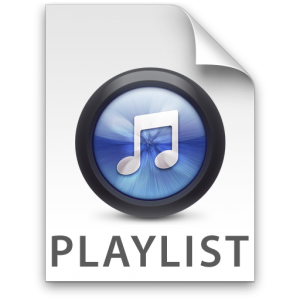