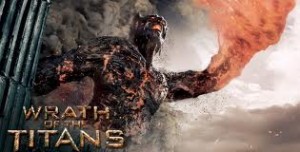 We’ve all known him, that guy that has so much potential, but seems content with doing mediocre work simply just to get by. Well, that can aptly describe Wrath of the Titans. After the first film, Clash of the Titans, was not very well received by critics and fans alike, I had low expectations for its sequel, Wrath of the Titans. I mean, the 3D alone in the first film nearly ruined the entire experience. Well, I am here to say that Wrath did not fair that much better. On paper, the film looks to be a beast. Who doesn’t want to see some dude on a flying horse battle a giant lava monster? But when you get into the guts of the film, you realize that there really isn’t much thought put into it. First and foremost, the pace of the story is too fast. In no way does it allow you to feel anything for the characters. I tried desperately to side with Perseus, or to root for Agenor as the underdog. But the emotion just wasn’t there. The speed of the film simply did not allow you to get drawn into the characters. I mean, within the first ten minutes of the film Perseus caves in on a vow made to his wife to live a simple life with their son. The breakneck pace of the story also made the goals and motivations of each character a bit hazy and weak. Why did Hades want to release Chronos? 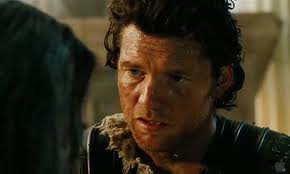 Just because of a guarantee of immortality? And where in the sam heck does Ares fit in? What is his motivation? What about Perseus? He disregards Zeus’ plea for help, then after an attack and a pep talk from an old lady he decides to fight? These issues are a product of weak character development. However, there are some good things about Wrath of the Titans. It looks like we got the human Sam Worthington in this film, rather than the lifeless robot we had in the first film. He definitely shows more emotion in this film and you do get a sense of duty from him in regards to his son. Also, the CG in this film was good, not great, but good. The Minotaur and Chronos looked awesome. Something that got me excited was seeing Zeus fight. There is something about an angry god wielding the power of lightning walking into the middle of a battlefield that just gets the geek inside of you going. 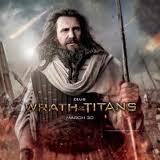 The final verdict on this film is that it seemed like it was hastily put together, and that had a profound effect on overall character development. The CG effects in this film were patchy, average at best. If, like me, you are a fan of Greek mythology and you can look past the fact that this will not be an epic, Oscar winning film, then Wrath of the Titans is an entertaining film. I give it a 6.5/10.

I’m a lifelong comic book fan. Comics pulled me in at an early age, with influences ranging from Chris Claremont’s historic X-Men run, Walt Simonson’s Thor run, Mike Zeck’s run on The Punisher limited series, Jim Lee’s X-Men, the early 90’s X-Men animated series, and the best cartoon ever made, Batman: The Animated Series. As a kid, these comics and cartoons gave me a new world to go to when the real world wasn’t so nice. Because of this, comic books will always have a special place in my heart. I love everything about comics, and still get the same feeling reading them today as I did when I was a kid. My major in college was psychology, so I love to incorporate that into comics.
View all posts by Steven Brewer →
Tagged  clash of the titans, Movies, review, review movie, Titans, Wrath, Wrath of the Titans.
Bookmark the permalink.