Tales From Development Hell, or TFDH, as I shall call it in this review, is an inside look at the politics of movies and how what you see on the screen wasn’t what was necessarily written before. A must for any movie buff. 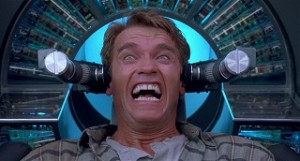 I really enjoyed this book, the writing is very text book like, it delivers the history of each movie with facts and history to show you what could of been. There is very little humor, which makes it a bit of a challenge to get through. Which is a shame, because when he does try for humor, it’s very funny, he has a natural talent to make you laugh at little things, but he does not use it to it’s full effect here. That being said TFDH was a great read and I suggest it to anyone looking to learn more about film making. 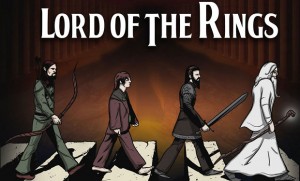 The story that most interested me was the Planet of the Apes journey. At one point it was an Arnold Schwarzenegger led sequel to the originals that somehow was twisted and perverted into the dark Tim Burton flop starring Marky Mark. I was also entertained by the path Indy IV took to get it to where it is, a lot of time and money, with very little reward. Not all of the stories are ones that ended badly, some became better movies, would you like Lord Of The Rings as much if The Beatles were the Hobbits? How about Total Recall with no Arnie? Some things change for the better, but some things are far far worse.

David Hughes himself has been involved with some hellish developments as well, the final chapter gives you an insight into what drove him to write this book and why he doesn’t take it lightly. A great read that deserves the A rating I bestow upon it, buy it from Titan Books today and amaze your friends with some useless knowledge.

I'm one of the main contributors to 8 DAG and I take pride in my other job as Public/Staff relations. I'm a comics and movie junkie and I love to podcast. Follow me on Twitter @BrandoCop
View all posts by Brandon C. Williams →
Tagged  batman, David Hughes, Development Hell, lord of the rings, Movies, review:book, superman, The Beatles.
Bookmark the permalink.