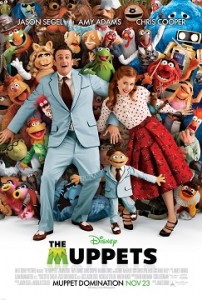 I’m a huge fan of the Muppets, one of the biggest I’d say, and when I heard there was going to be a new Muppet movie after 12 years of Muppetless theaters I was more excited than Animal behind a drum set. 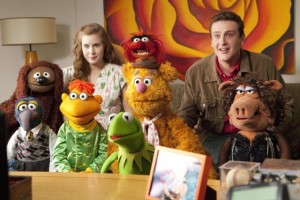 This movie was excellent, it introduced new characters into the Muppet universe like Walter, 80’s Robot and the Moopets, brought back some obscure forgotten characters like Lew Zealand, Crazy Harry, and Uncle Deadly, and of course brought back the big guns like Kermit, Miss Piggy, and Fozzie. The best part was that Rizzo and Pepe had barely any lines, I hate those guys. 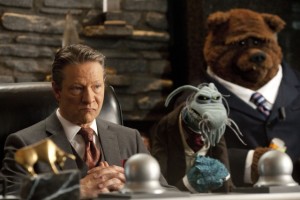 The human stars were fantastic, Jason Segel and Amy Adams were adorable as the small town couple in love who help Gary’s (Segel) brother Walter reunite the Muppets. Chris Cooper played the villian, and he was evil, no excuse. Rashida Jones plays a TV exec who gives the Muppets the chance they need. The cast was great, but for a real fun drinking game take a shot everytime there is a celebrity cameo. I tried to name all of them and I may have forgotten some, but her’s who I saw:  Neil Patrick Harris, Zach Galifinakis, Jack Black, James Carville, Jim Parsons, Kristen Schaal, Alan Arkin, Ken Jeong, Sarah Silverman, Donald Glover, Emily Blunt, Whoopi Goldberg, Selena Gomez, Dave Grohl, Judd Hirch, John Krasinski, Rico Rodriguez, Mickey Rooney, Bill Cobbs and Eddie Pepitone, crazy right? 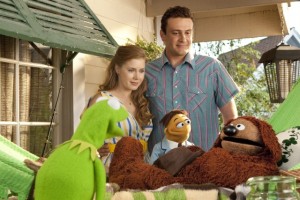 Overall I was super excited about this movie and it was amazing. I know it sounds goofy, but The Muppets is my favorite movie of 2011. I give it an A+ grade, 5 out of 5, and I recommend it to everyone. If you want to see some real cranky people who hate their lives go look at the rotten reviews on Rotten Tomatoes, they all seem so sad. 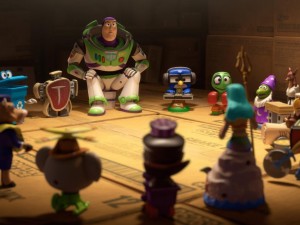 As an added bonus, I got to see the new Toy Story short Small Fry, a toys view at the life of a children’s fast food toy. It was fun to see the gang again and it had some laugh out loud moments. Go see The Muppets and get this double bonus.

I'm one of the main contributors to 8 DAG and I take pride in my other job as Public/Staff relations. I'm a comics and movie junkie and I love to podcast. Follow me on Twitter @BrandoCop
View all posts by Brandon C. Williams →
Tagged  Animal, Kermit, Miss Piggy, muppets, review movie, The Muppets, Toy Story, Toy Story Short.
Bookmark the permalink.