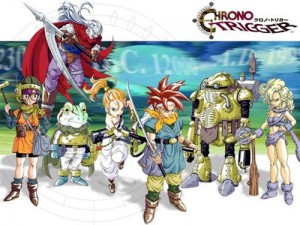 One of my favorite games of all time, if it was brought to the big screen who would play who? 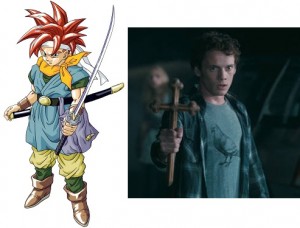 Crono is the young and brash hero, he didn’t talk much in the game so it would be hard to properly identify how he acts, so I went with someone who deserves to be a leading man.  Anton Yelchin is ready for a lead role in something more geek related. I think he would be a great hero. 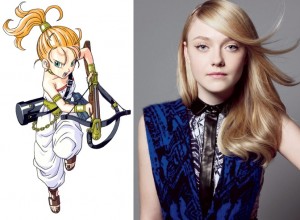 The enchanting and mysterious love interest of the hero and the key to the entire time travel aspect of our story. Dakota is a good actress who is perfect for the temperamental and clever Marle. 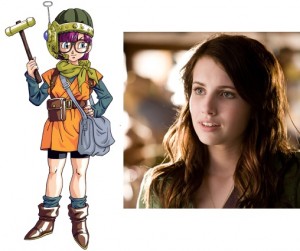 The smart and perky brains of the group, Luca pushes the story along most the time by telling the team what to do.. Emma Roberts has shown her acting skills in numerous movies, I think she would be great as the spunky Lucca 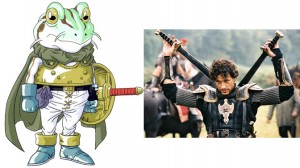 Royal warrior with a horrible curse, Frog is the muscle of the group and he is the first adult to join the kids. Ioan calm voice and royal demeanor would be great as the heroic Frog, lets just put Fantastic 4 behind us. 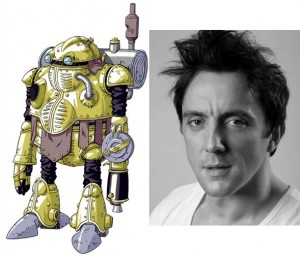 Robo joins us when our heroes jump to the future and makes fast friends with the engineering genius Luca. Robo is A robot with a heart and the wonderfully voiced Serafinowicz would bring this robot to life. 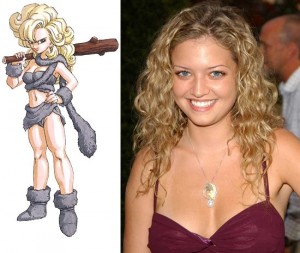 The uninhibited jungle girl and ancient ancestor of Marle. No real acting is necessary, just looking good half naked and some tough moves, Lauren Storm could do this role and finally get into mainstream stuff. 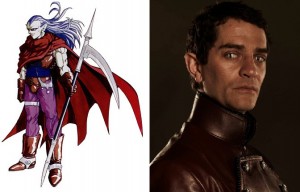 the mysterious and dark magician he starts as the villain, but he eventually sees the error of his ways and joins the team. Frain has proven himself as incredibly dark, I think a redeeming role as the once villain Magus could prove his chops.

I'm one of the main contributors to 8 DAG and I take pride in my other job as Public/Staff relations. I'm a comics and movie junkie and I love to podcast. Follow me on Twitter @BrandoCop
View all posts by Brandon C. Williams →
Tagged  chrono trigger, dream cast, fan cast.
Bookmark the permalink.