The Baconing: A DeathSpank Review

The Baconing, the third installment in the DeathSpank franchise is… fun. How could it not be fun? It’s another DeathSpank game. The unfortunate part that makes this just fun and not great lies within many of the new quests. The comedy is ever present, from dialogue to costumes to weapon designs to pretty much anything and everything visual and spoken. It’s pure DeathSpank in that sense.

The bad? The new requirements for most of the quests. A character tells you do to something? They will most likely say: Go kill that guy, or those guys, or that horde of cyborg orcs (now known as cyborques) and then you’ll collect what you need and be done with them. The newly decreased health bar has made this especially difficult. I started a game on easy and have died approximately 1 million times. Don’t get me wrong, though, I’m still enjoying my DeathSpank experience… but perhaps not as much as say the first game, or even the second. 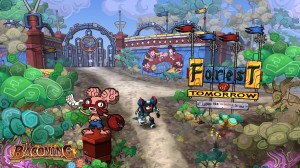 So bright! So charming! So deadly!

There is a new shield move (the shield bash) that pushes enemies back, allowing for some time to drink or eat one of the many healing items you will need. Once you start leveling up it gets a little easier, but it’s still unpleasantly hard at parts.

There’s was always a good mix between combat and puzzle in the last two games, now the puzzles seem slightly out of place in this definitive hack and slash and bash back game.

There is good, and that lies within the story. DeathSpank has been wearing all 5 Thongs of Virtue (which are a bit on the chafe-y side) and has become the ultimate warrior... and an utterly bored one, since he’s vanquished every baddy around him. Lucky for him, the Anti-Spank shows up to give him something to do. Mr. Anti-Spank is the evil version of DeathSpank, who would not exist if it weren’t for the Thongs of Virtue. We learn that the five Thongs were never to be worn all at once, and thusly they must be destroyed in the Bacon Fires (aha, The Baconing!) which are spread across the land. Then he gets to fight Anti-Spank. 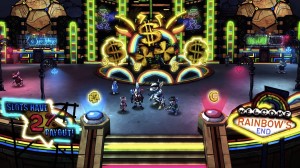 DeathSpank will travel through forests, Grid-esque computerscapes, mountains, desserts, destroyed modern day cities complete with cars, aliens and forcefields and… well, it’s DeathSpank. It’s post-apocalyptic DeathSpank in a way and you’re bound to run into some pretty random visuals and shrug and move on.

There’s a good combination weapon types. Many of the guns have been taken out and replaced with more traditional crossbows and arrows, but the grenades of all types are still in, and the secondary weapons with charge attacks vary from technological to melee. Although, to be perfectly honest, range weapons seem to work best early on because of the health handicap. The melee weapons seem a little less accurate too, but they eventually get the job done.

One last thing to mention is the fact that there’s now a level up card increasing partner damage, for having someone join you in the game. It wants you to have a partner. It pushes it at you every chance you get… so get your friend over, and that second controller charged up, you’ve got some bad guys to beat up.

In the end, if you are a die-hard fan, go spend the 1200 MS points to get it on XBox Live, or get it through Steam. It wouldn’t hurt to wait until this one went on sale, though. While there’s a still a lot of good in this third game, there’s some changes that make it worth waiting for. 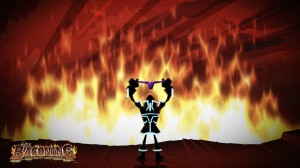 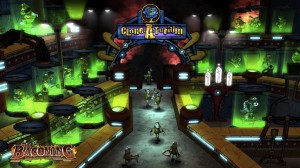 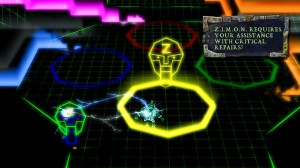 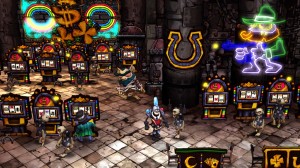 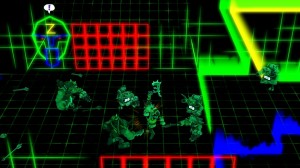