This isn’t a list devoted to nerdy television (ok, that’s a lie since at least several parts of it are), but you won’t find any Star Trek, Firefly, Buffy the Vampire Slayer or really any other nerd cult-classic shows here.  No, instead this list is devoted to quality television that has the ability to attract the nerd and popular kid alike!

Starting us off are the shows that came up just a bit short for this list.  They are: Big Bang Theory, Freaks and Geeks, How I Met Your Mother and Burn Notice.

For those of you not familiar with these titles I highly recommend checking them out in whatever manner available to you, Netflix, On-Demand, video store.  For those of you young-uns out there video stores are where us old folks used to drive to in order to rent movies to watch…I know, sounds crazy right?

Now, on with the main attraction:

8. Warehouse 13.  Sci-Fi channel’s best show to date.  That’s right, I said it, it’s better than Eureka, deal with it.  Do you enjoy mysteries?  Do you find the myths of the world interesting?  Ever wonder what really happens in the world that you’re not aware of?  Then you will almost certainly enjoy this show.  Pete and Myka work for a special secret department of the U.S. Secret Service now located at Warehouse 13.  It is the 13th iteration of the warehouse project, a project that has existed throughout human existence to contain and explore mysteries of the world.

7. Samurai Jack.  One of the best animated shows I’ve ever watched.  Genndy Tartakovsky, probably more well-known for the Powerpuff Girls, does a masterful job of exploring the existence of a samurai thrown out of his own time by an evil wizard/demon, forced to fight his way through a world he neither understands nor fits into as he struggles to return to his own time and people.  Known for exceptional art and extensive periods of time where there is no dialogue spoken the cartoon is not as flashy as some others.  Instead, it has quality story-telling and amazing action sequences. 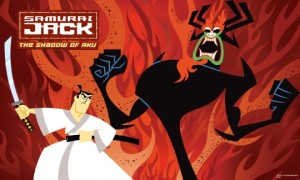 6. Scrubs.  A lot of television shows fail in the first few seasons.  Scrubs certainly had the potential to be one of them, but it persevered and ran a total of nine seasons (including the last “Med School” year).  Bill Lawrence created a cast of characters that interacted incredibly well together.  Possibly the most underappreciated part of the show was the role of The Janitor, played by Neil Flynn, who ad-libbed most of if not all of his dialogue.  JD and Turk, the main characters, have a raging bromance that lives strong all the way to the end of the show in-spite of marriage, distance, time and children.  If you’re looking for a great dramedy, you’ve found it here. 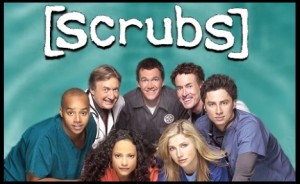 5. The Simpsons.  I’m sure many of you are scoffing at this moment.  “How could he put the longest running cartoon show in history middle of the pack!?”  Now, before you crucify me, allow me to explain.  The Simpsons is an institution, this is not debatable.  But it is debatable that all of the twenty-plus seasons have been up to the standards they set in the early years, and since I judge the quality of the product based on the whole body of work and not just the parts I like, it gets number five.

4. The West Wing.  Aaron Sorkin’s second show was his greatest.  The West Wing explores the inner workings of the White House in ways that are both humorous and deadly serious.  The issues, though imagined, are all based in some form of reality.  The Bartlett presidency is an amalgamation of JFK and FDR, two this country’s greatest leaders.  Whereas the original idea for the show focused solely on the president’s staff, with the president himself rarely appearing, Martin Sheen is such a commanding presence that he was worked more into the show.  The cast, like that of Freaks and Geeks, is riddled with quality: Bradley Whitford, Richard Schiff, Janel Maloney, Dulé Hill, Rob Lowe and the aforementioned Martin Sheen.  Unlike many dramas The West Wing doesn’t allow the show to take itself too seriously.  The writing, even after Sorkin had to leave the show due to a drug problem, was always top class. 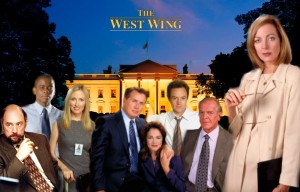 3. Community.  For those of you not lucky enough to have actually attended a community college, you didn’t miss much.  Community is set around six loveable misfits each playing the role of a specific archetype.  There’s the weirdo outsider, the ex-jock, the older ethnic lady, the young girl who’s really smart but made mistakes, the late-twenties high school drop-out, an aged wannabe father figure and the narcissistic ex-lawyer.  Granted, this show has only gotten through two seasons (thankfully re-upped for a third) but the shows up until now have been spectacular.  If you need another reason to watch, I have two words for you: Chevy Chase. 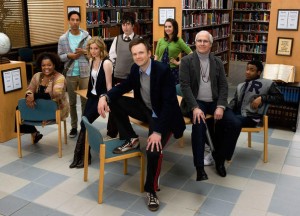 2. Psyche.  Sean Spencer, in an attempt to avoid a possible criminal conviction after tipping off the police to a crime and being fingered as a possible accomplice, decides to fake being a psychic in order to fool the police.  It works, and ever the one looking for the easy angle in anything, turns this one event into a “fake” psychic detective agency which he promptly suckers his best friend Burton Guster into joining.  Five seasons later Psyche is still going strong solving case after case for the Santa Barbara police.  Probably the funniest show currently on television Psyche isn’t just ridiculous antics; there’s a lot of real police work involved,  but don’t get me wrong, there’s plenty of hilarious ridiculousness.  I knew this show was going to be amazing when the pilot episode actually made me laugh out loud multiple times. 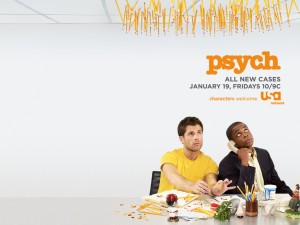 1. Futurama.  Many of you will scoff at this selection for number one.  But read me out.  Futurama was, and thanks to Comedy Central, is once again the best show I have ever seen.  It rides that area between The Simpsons and Family Guy where it’s not as bland as Simpsons can sometimes be and it’s not as, dare I say…stupid as Family Guy.  The premise of the show alone is priceless.  Who doesn’t dream of being frozen and waking up 1000 years in the future!  That would be amazing!  Think of all the new wonders you would get to experience.  Cap it all off that Fry, the main character, has a beer-swilling, cigar-smoking, pick-pocketing robot for a best friend and a one-eyed mutant girl for a love interest and you have a recipe for amazing.  Of the nearly 100 episodes there are less than a handful that I wouldn’t chose to watch instead of virtually any other show.  Hands Down: Best. Show. Ever. 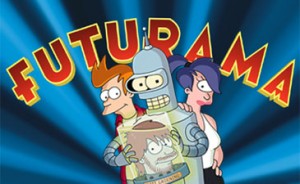