First of all I just have to brag for a minute! I- met- BRAK! EEEEK! OMG Totaly epic! He poses with me and signed my friends chest! It was AWESOME!! ACEN also known as Anime Central in Chicago is the largest convention in the midwest. Drawing in tens of thousands of people every year for a decade and a half they know how to pull off a great con. With a monstrous Artist Alley and vendor room, 24 hour video gaming rooms, multiple 24 hour table top rooms, and fantastic con-round anime viewing rooms, this con always has something to do! Although it is called an anime convention, it always in the weekends best interest to attract a broad range of nerds. With horror make-up panels, comic to film panels, and endless Japanese culture panels, Acen had you covered.

Sadly every con does have problems and it seems ACEN still has trouble learning from their mistakes. As a third year Artist Alley attendee I get a great behind the scenes peek at these problems and I am often in the center of it. For the second year in the row Badges, out passes to the con, were withheld, misplaced, unprinted, or just not there. Some had to wait untill noon Saturday to get badges, only to be told that they had the wrong ones! Plus the fun game of  “You were in the computer yesterday,but not today”. With staff members in the triple digits you understand that is hard to communicate between sections. But after so many years of doing it, you’d think they would have a better plan by now sides “wait here a moment, I need to get my supervisor”.

One thing ACEN  wins at is it’s monster guest list. With so many people in their book it is hard to understand why they need so many. But after reading through the entire program book, I wish to share how ACEN does it right with guests! First we have the famous Soap Bubble Rave( so named because you need to shower before coming and after going)  that goes on whether there’s fire, death, riot, or sunrise. So all the DJs that keep this sugar crazed, glow light fantasy running deserve a place in the book. Next we have the American voice actor and international voice actors. This is a main draw to fans across the county. If you have their favorite VA they will come in droves in hope of gaining a sound clip of the insanity. The third kind of guests are the Panel People, the ones who push the con forward. Whether they publish comics, teach samurai skillz, build props, or even play nerdpop, these guests keep droves of fans entertained during the day. All the above mentioned types of guest are necessary for the con. Too many complain not realizing  why we have so many types. Now you do so shut-up.

Overall ACEN is a con worth going to at least once. Some find it too big and intimidating, and go back to their smaller more local cons. Others come and become part of the experience year after year. This writer makes the 6 hour drive year after year for mainly one reason. The Epic One Piece Photo Shoot! 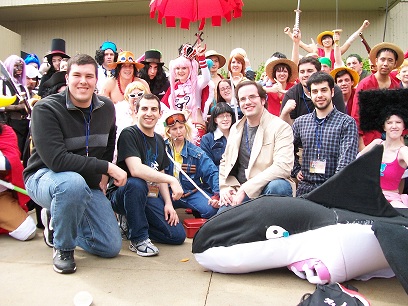 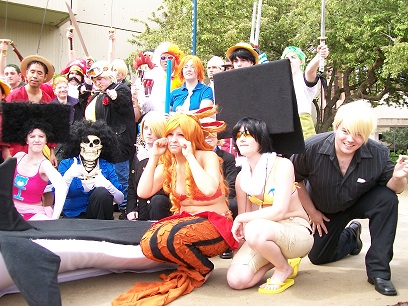 The most popular ANIME and MANGA series in Japan has grown a fantastic fan base here in America! Acen is know for it’s fans drawing together for one weekend of celebrating fan bases. Here  you can see the above group shot of the One Piece fan Photo Shoot. But they were not the only Group! There were PLENTY of Doctors in the house and at the Doctor Who shoot! 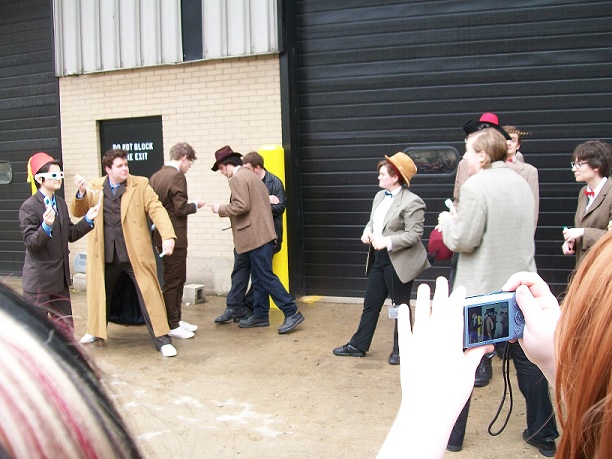 Even the Disney Princesses showed up for a day of Geeky relaxation! OH NO THE RAPTURE! RIGHT IN THE MIDDLE OF THE WEEKEND THE WORLD WILL END! WHO CAN SAVE US! GO GO- 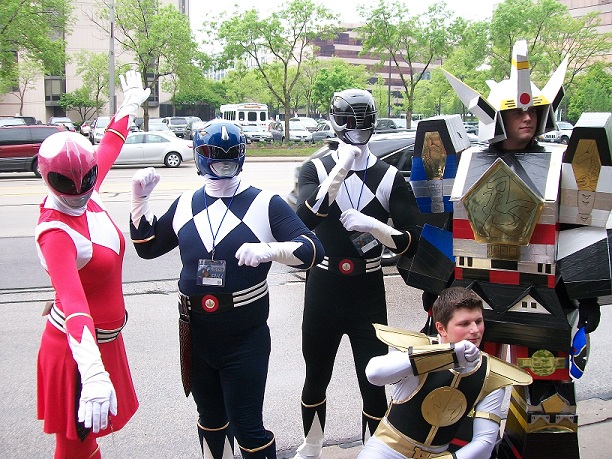 HEROES FROM ALL OVER! HELP US GEEKS! SAVE US FROM THE SURE TO BE TRUE RAPTURE WE SEE ON THE BILLBOARDS! VILLAINS TOO! YOUR LIVES ARE AT STAKE! 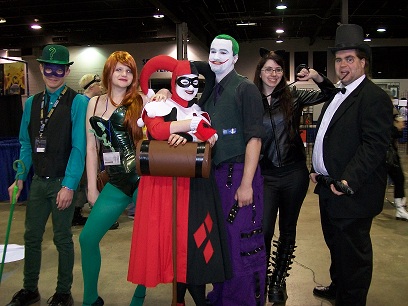 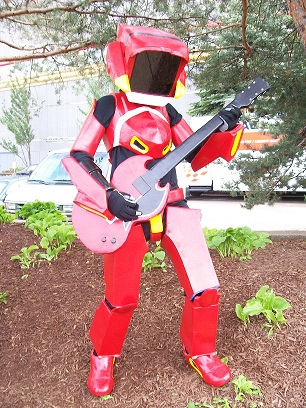 Here’s to PEACE AND LOVE!! 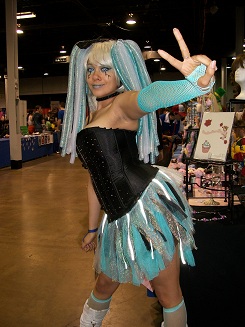 And here’s to whatever this is . . . http://youtu.be/eTVllrYSSQ4

I travel the US attending every convention I can! Refairs in Wichita to ComicCons in Chicago. The Anime Fests and one day College Campus Sci-Fi days. I sell nerd-flavored t-shirts and animal hats(think Molly from Runaways) along with random Steampunk. My posts will be about a few of these cons and how YOU as a geek should prepare for them!
View all posts by Katherine Hollingsworth →
Tagged  calling all cons ACEN.
Bookmark the permalink.