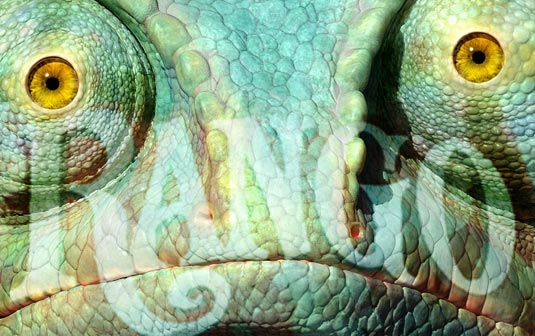 I’ll start off with this, besides Toy Story 3 and How To Train Your Dragon, I hated every animated feature from last year, Legend Of The Guardians is 50/50 with me. So now that you know how critical I am, let me tell you about Rango. I loved it. The movie is a shock to see, the characters are ugly, the story is a strange mash up of genres, and the action is over the top, but it all worked. 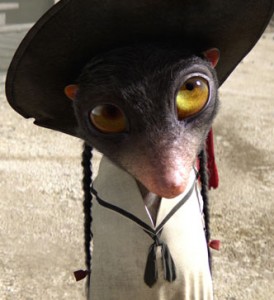 Even the "cutest" character is ugly!

The characters are all homages to those characters from the great westerns of yesterday, there’s the beautiful (I use that term EXTREMELY loosely) ranch owner, the evil gunslinger, the poor dirty townsfolk, and of course the brave sheriff, well, not so much brave as a good actor. Rango, voiced by the great Johnny Depp, is a domesticated pet lizard who gets thrown into the harsh life of desert living, he reminds me of the Don Knotts character from The Shakiest Gun In The West (Go see it if you haven’t). Beans is the romantic interest of the movie voiced by the gorgeous Isla Fisher. Rattle Snake Jake, one of the main antagonist of the film is brought to life by the devious Bill Nighy. These actors and a score of others bring the ugly citizens of Dirt to life. 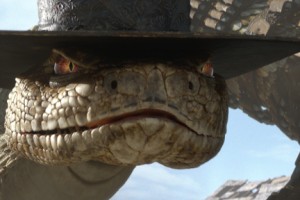 not as scary as an octopus beard, but dreadful nonetheless.

The story isn’t anything to new, classic fish out of water western. What makes the story so good id the way it’s put together, everytime you think Rango has accomplished a great task something worse comes. The movie didn’t pull at the emotional heart strings like How To Train Your Dragon or Toy Story 3, but I felt that the chacters did have the depth that the other animated movies from recent years were lacking. If you are a movie buff like me then you’ll see a ton of film references, just in my first viewing I saw PLANET OF THE APES, IN THE HEAT OF THE NIGHT, APOCALYPSE NOW, STAR WARS, GHOSTBUSTERS, DELIVERANCE, FEAR AND LOATHING IN LAS VEGAS, THE GOOD, THE BAD, AND THE UGLY, and CHINATOWN. 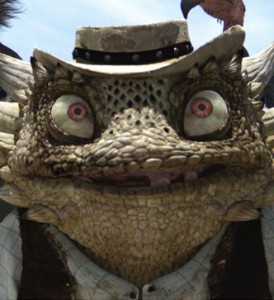 Wasn't this guy in a toe fungus cream commercial?

Now to the action, wow, the desert shots of the critters riding, the hawk chase scene, to my favorite, a huge battle/chase scene involving the heroes and his posse against the back woods, tunneling, thief family, and the army of bats they control. I was amazed at these scenes, this wasn’t a little kids movie, there are some scary scenes and some questionable behavior. The intense action is just another reason for an older audience to see this great film and although there isn’t much competition yet, I’m willing to say this may end up being the best animated movie of the year. Only the very strong looking Kung Fu Panda 2 stands a chance this year. 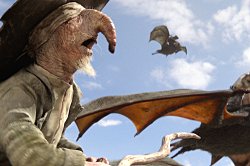 He's one of the cuter characters, honestly.

All together, I gotta say this movie deserves 5 ugly critters, out of 5. See it, if you love action then you’ll enjoy it, plus there is a sort of cameo that you don’t want to miss.

I'm one of the main contributors to 8 DAG and I take pride in my other job as Public/Staff relations. I'm a comics and movie junkie and I love to podcast. Follow me on Twitter @BrandoCop
View all posts by Brandon C. Williams →
Tagged  animation, CGI, Johnny Depp, Rango, review: movie.
Bookmark the permalink.