App Title: SeesmicPrice: FreeUsage: Seesmic is yet another twitter app, yet its my favorite.

You can get Seesmic for your Android device here.

Seesmic is your average twitter app… or is it. Besides this blog, twitter is my one major outlet for all the things that I want to share with the public.  I have my twitter account update my Google Buzz and Facebook accounts automatically so as you can guess I have to make sure that my twitter app performs really well.  Seesmic is that app. 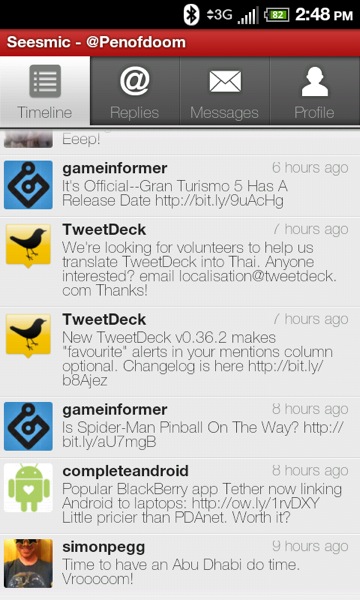 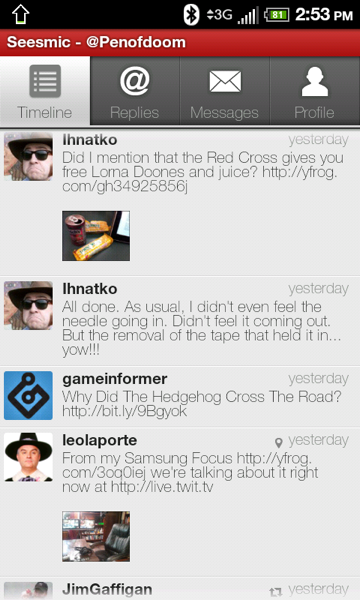 Another peeve of mine is when a twitter app opens and takes you to the top of your timeline.  I am the kind of person that reads almost all of his twitter entries and the top of my timeline is not where I left off when I closed the app; its annoying.  Seesmic opens to the same place in your timeline as when you last left the app.  If you are still looking for a twitter app for Andriod go ahead and try out Seesmic; I really think you’ll like it. PS.  Seesmic has a very functional widget as well. 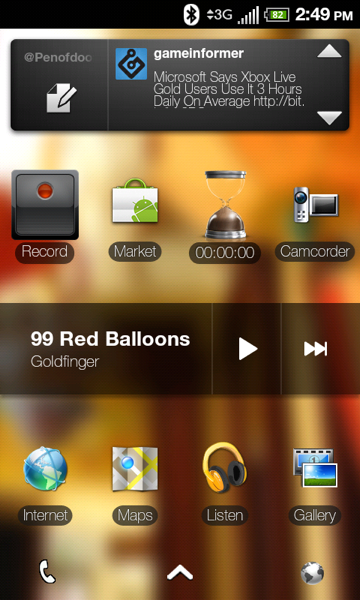 If there is an app that you would like reviewed, email me at [email protected] with the subject line App-aholics or leave a suggestion in the comments below.

A small time blogger with big time dreams and a love for everything geek.
View all posts by Jesse (The Pen of Doom) →
Tagged  android, apps, Cellphones, Google, market.
Bookmark the permalink.