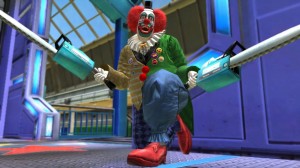 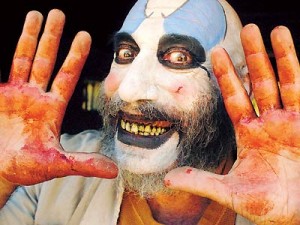 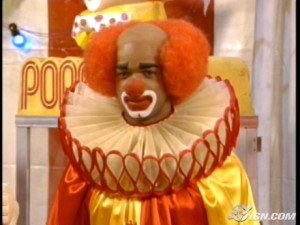 Origin: In Living Color
Scariest Feature: Sock full of tennis balls
Most Atrocious Act: Posing as Santa and telling kids the truth about Christmas
Chance of winning this fight: 3/10 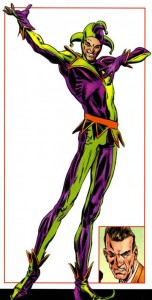 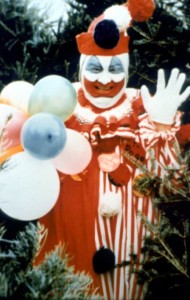 Origin: The twisted mind of John Wayne Gacy
Scariest Feature: His hefty Girth, and the fact he’s 100% real.
Most Atrocious Act: Killing at least 33 boys and young men.
Chance of winning this fight: 7/10 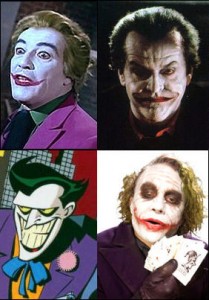 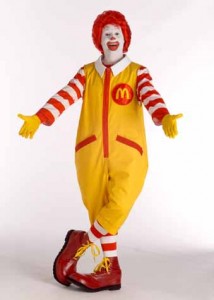 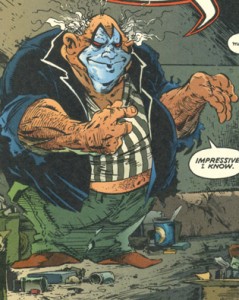 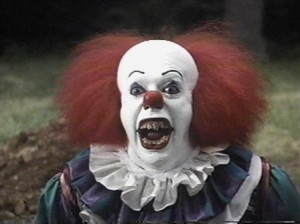 Origin: Stephen Kings IT.
Scariest Feature: It’s Tim Curry!
Most Atrocious Act: Hmm, making people kill others and themselves, or just the fact he gives you balloons from the sewer.
Chance of winning this fight: 10/10

So who wins? It’s between Pennywise or Violator and since I like Tim Curry more, I’ll give it to IT.

I'm one of the main contributors to 8 DAG and I take pride in my other job as Public/Staff relations. I'm a comics and movie junkie and I love to podcast. Follow me on Twitter @BrandoCop
View all posts by Brandon C. Williams →
Tagged  clowns, last one standing.
Bookmark the permalink.