This is hands down the most popular Final Fantasy game to date, although not my favorite. I respect the story and attitude of the game and believe I have found a solid cast who could portray these characters with pride. 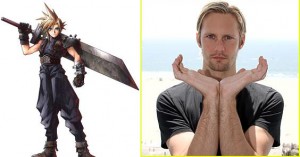 For the spiky haired hero I went with True Blood’s Alexander Skarsgard. Why? He’s blond, has a very good look and is a great actor. Cloud is one of the most iconic video game characters, so I had to go with an actor who could properly display the wide array of emotions that Cloud goes through. 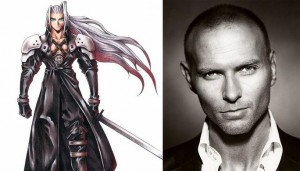 Sephiroth is another one of those Iconic characters, but in all honestly he was a dick, and kind of a bitch. Luke Goss’ portrayal of Prince Nuada in Hellboy II helped me chose this role with ease. 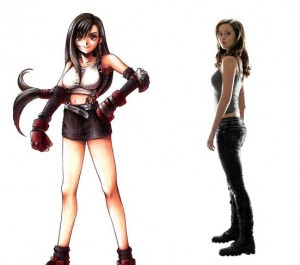 Tifa has to be sexy, peppy, and a complete bad ass. Firefly’s Summer Glau is perfect for the main love interest in this movie. 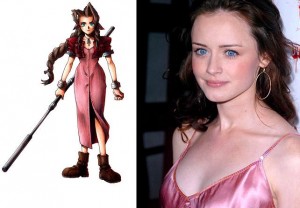 Aeris is confusing. She’s supposed to be beautiful– yet have an aura of kindness around her that you can almost feel. Gilmore Girls’ Alexis Bledel fits this role better than any actress in Hollywood. 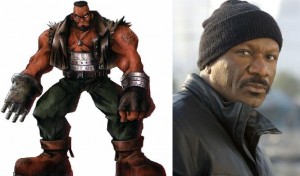 Barret is a tough as hell bad ass who has a gun arm. Strap a mini chain gun to Dawn Of The Dead’s Ving Rhames and you have a perfect Barret 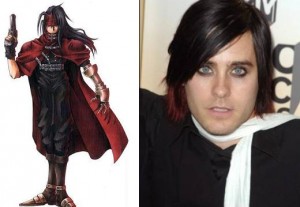 Vincent was ahead of his time: a brooding young vampire-esque man who is basically the worlds first emo. Fight Club’s Jared Leto does emo like a champ, and even though I’m not a huge fan of the actor, he would nail this role.

All you need is an epic voice for Red, the rest can be done in CGI. No voice is more epic than Gandalf himself, Ian Mckellen. 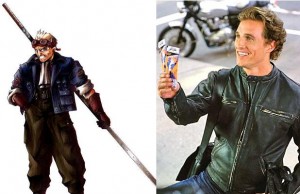 I know I’m gonna get hell for this, but Cid is my favorite FF7 character. Southern charm and a bad ass pilot all wrapped up in one rugged package, Ol’ Matthew McConaughey from Sahara will own this role. 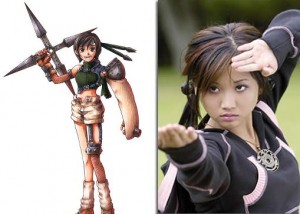 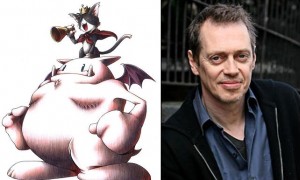 Another voice, only this time we see the face in cameos. Steve Buscemi’s voice is perfect for the fast talking spy. Con Air’s Buscemi can easily fake a Scottish accent until it is revealed he’s actually Reeve of the Turks. 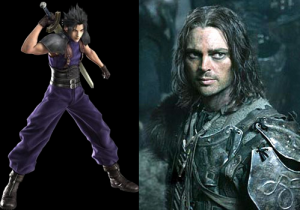 Zack would only be in cameo flashbacks throughout the movie until (spoiler) it’s revealed that all of Cloud’s memories were his. Karl Urban (Star Trek, Resident Evil, Chronicles of Riddick, Pathfinder…) would do great as the awesome warrior and Aeris’ lost love, Zack.

There you go Final Fantasy Fanatics. I’ve casted 7 and 8, tell me what you think!

I'm one of the main contributors to 8 DAG and I take pride in my other job as Public/Staff relations. I'm a comics and movie junkie and I love to podcast. Follow me on Twitter @BrandoCop
View all posts by Brandon C. Williams →
Tagged  dream cast, FF7, Final Fantasy, video games.
Bookmark the permalink.