Last One Standing Fantastic Four VS The Incredibles

I’ve been thinking about this match up for a while, and since April is the 4th month of the year I’ve had a 4 theme, so let’s see what happens when you put Family Vs Family in this months Last One Standing. 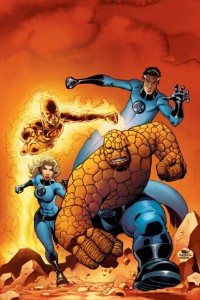 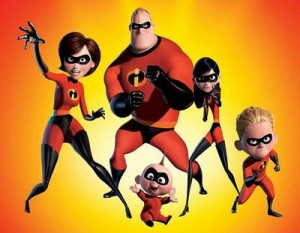 It basically boils down to who is stronger. Taking out Jak-Jak (a battlefield is no place for a baby), and pitting Dash against the Human Torch, since all the others cancel each other out, is Johnny fast enough to catch Dash with his fire? Is Dash smart enough to create a cyclone taking the air out of the area and causing Johnny to flame out? After some thinking, The Fantastic 4 win. Why? Experience.

I'm one of the main contributors to 8 DAG and I take pride in my other job as Public/Staff relations. I'm a comics and movie junkie and I love to podcast. Follow me on Twitter @BrandoCop
View all posts by Brandon C. Williams →
Tagged  fantastic 4, last one standing, The Incredibles.
Bookmark the permalink.