Project Creepy scheduled to be around for at least 5 years 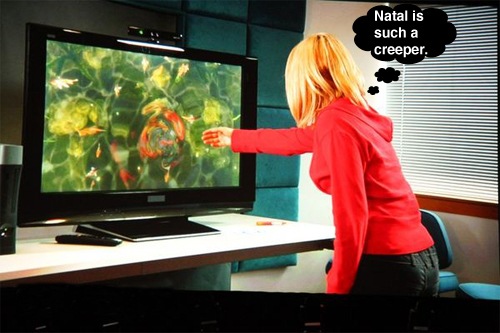 Project Creepy (Natal) might have a five year life span after it gets released this Holiday season, according to Microsoft’s Aaron Greenberg.

He said this to CVG regarding how long Project Creepy will be around:

"The richness of the technology is going to really enable experiences that never had existed before, and we’re not just speaking about what we’re doing this year, but I think two, three, four, five years from now as this evolves.

About motion controllers and Creepy’s capabilities:

"We obviously could have done a motion controller if we’d have wanted to do that, but we felt that would be a much more interruptive experience. We had an opportunity here to really do something that’s transformative and brings a whole new category of experiences to life.

"Now we’re saying to creators: ‘We can see when you move your hand, when you move your feet, we can track your body. I can stand in front of this sensor and it can recognize my face and know if it’s me, or my brother or my sister.’”

Greenberg also said that the camera is still in its codename state. The full name could be revealed at E3, or later. (And if it weren’t for 8 Days, I could care less.)