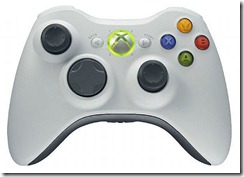 This week’s game is definitely one only played by fans of the series or achievement connoisseurs (aka achievements whores).  This weeks game is Avatar The Last Airbender: The Burning Earth.  Now as long as that title is the amount of time it will take you to get 1000 gamer points is an exact contrast.  These five achievements are recognized as the easiest 1000 points on the Xbox 360 to date.  There are plenty of games that you can get 1000 gamer points in less than an hour but this games gives them to you in less than 5 minutes.

All of this can be yours in the very first level of the game.
To do this you should run straight to the left hand corner of the area (with your back against the wall) and then just use the ranged attack (the B button) and then your combo will start to build up.  After about 5 minutes of pressing the B button your combat counter reaches 50 and your gamer score gets a little padding.

See what you can find in the couch cushions.

PS. Thanks to Craig for the great game idea and if you have a game idea of your own be sure to post a comment or email me about it ([email protected]).

A small time blogger with big time dreams and a love for everything geek.
View all posts by Jesse (The Pen of Doom) →
Tagged  Couch Cushion Achievements.
Bookmark the permalink.