The Life and Mimes (and zombie apocalypse) of Ripper the Clown: The Autobiography of an Unconventional Zombie

The Life and Mimes (and zombie apocalypse) of Ripper the Clown: The Autobiography of an Unconventional Zombie

Ripper the Clown is an unpredictable cartoon character come to life … a visionary, a renegade, a rogue … and a frustrated stand-up comedian … that is, until Ripper’s murder (at a holiday festival) coincides with a powerful tornado that, for reasons unknown, spawns the zombie apocalypse. Ripper enjoys the notoriety of being the world’s first zombie until an elderly zombie is brutally murdered at the hands of the living; Ripper’s crusade for zombie justice leads to the second American Civil War–“The Cold War V.2”–wherein our clown hero (using old zombie movies as stereotypical inspiration) instructs, trains and commands an army of zombie clowns against their living oppressors and the President of the United States, D.B. Cooper (yes, a legendary criminal is in the White House).

The Life & Mimes (& Zombie Apocalypse) of Ripper the Clown parodies and redefines the popular zombie, horror and comic book genres, mixing biting humor and pop culture references with social commentary and political satire. In his alter-ego clown persona, Jake Aurelian has created an edgy, raw and violent, yet complex, emotional, multi-dimensional character–one that is strangely endearing and strangely relatable (as clichéd as it sounds) to readers and audiences of all ages.

Ripper the Clown is a clown’s clown, a clown about town, and most of all one of the most interesting characters I’ve ever encountered. Ripper has no time for bad people even though he seems to see the good in everyone unless there is no good, then he hits them with his hittin’ stick.

The story of Ripper the Clown is one of comedy clubs and community events, helping people every chance he gets until a strange tornado brings the freshly murdered Ripper and every other freshly dead person back to life. These “zombies” aren’t the movie zoms we’re used to though. These zombies are cognitive and continue their lives (or try to) as if they’d never died. They rot a bit and have super strength but other than that they are just regular Joes and Janes.

You need to ask yourself though, what would happen if the dead came back and continued living? There would need to be insurance reform, new medical notations in files (this guy’s dead, don’t look for a pulse), and laws to protect the rights of citizens after death. That last one causes a bit if trouble in the story Ripper tells us and what’s to stop an ever growing force of the undead from becoming unhappy with mistreatment and branding together to show us living folks what’s what. 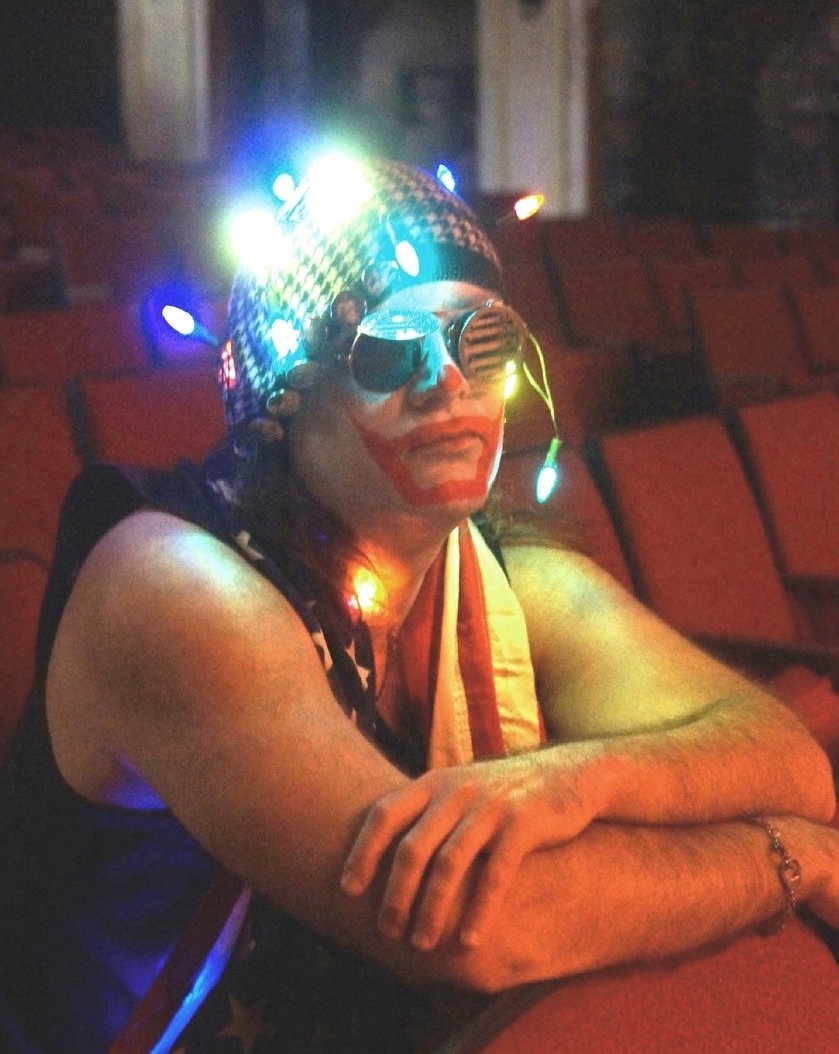 With a president like infamous thief D. B. Cooper and a zombie horde asking for equal rights what’s to stop the world from going to hell in a handbasket? Ripper the  Clown, that’s what. If you like dark comedy and interesting twists on common characters (zombies) then give Jake Aurelian’s book a shot and you won’t be disappointed.

The Life and Mimes (and zombie apocalypse) of Ripper the Clown: The Autobiography of an Unconventional Zombie was compliments of Jake Aurelian.

Jake Aurelian graduated from the University of Illinois in 2000 with a degree in Media Studies/Communication & Rhetoric. Aurelian has taught English and media at the college level, and to date, has written nine books (fiction; non-fiction; children’s) and over 500 pop culture articles. Since 2012, his works of fiction have received 14 international literary awards.

A small time blogger with big time dreams and a love for everything geek.
View all posts by Jesse (The Pen of Doom) →
Tagged  clown, comedy, d.b. cooper, horror, jake aurelian, life and mimes, ripper the clown, zombies.
Bookmark the permalink.